Mary Katambi was one of the ‘Chibok girls’ – one of 276 girls kidnapped from a secondary school in Chibok State, Nigeria, by the militant Islamist group, Boko Haram. But over the past few years, she’s worked hard to develop a different identity – she’s just graduated from university! Here is her extraordinary tale of courage and faith. 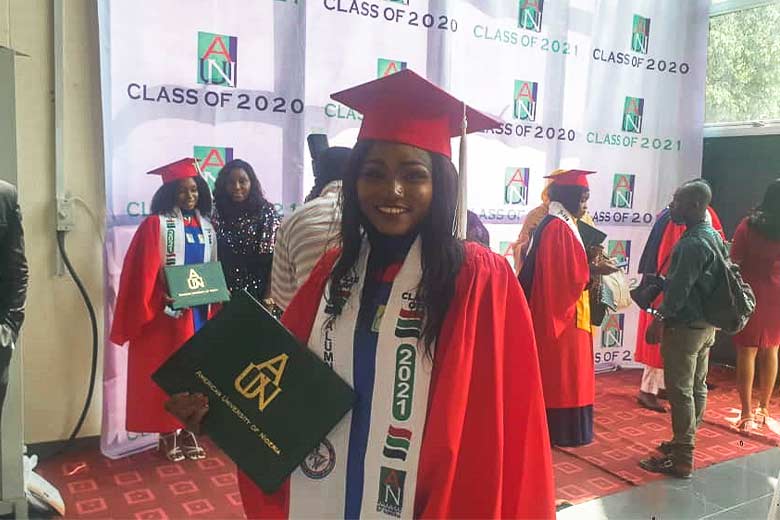 Image: Mary has recently graduated with a degree an accounting, seven years after she was kidnapped by Boko Haram

Abductions are sadly all too common in Nigeria, but there was something about the kidnapping of the Chibok girls that made the world take notice. Sadly, 112 of the girls – now young women – remain missing and in captivity. Those who have returned home often face discrimination and persecution from their own communities.

But for Mary, now is a time of celebration. Despite all she has been through, she is celebrating her graduation from American University in Yola, Adamawa State, with a degree in accounting. (Because of the pandemic, her ‘Class of 2020’ graduation was delayed.)

“Honestly, I never thought that my daughter would come out of the hands of Boko Haram,” says Katambi, Mary’s father. “As I watched Mary collect her certificate, tears dropped from my eyes. All I could see was God’s grace and favour. I never imagined that my children will ever study at American University because I am just a peasant farmer, trying to provide for my family. But God did it. He did the unthinkable and unbelievable.”

“I am overjoyed today, and this joy is from the depth of my heart,” adds Saratu, Mary’s mother, who cried tears of happiness as she watched her daughter graduate. “Once, I never thought I would see Mary again. But the prayers of believers have brought her out of captivity and now she has graduated from university. Yesu na gode – thank you Jesus! Thank you to everyone who prayed for Mary. God bless you!” 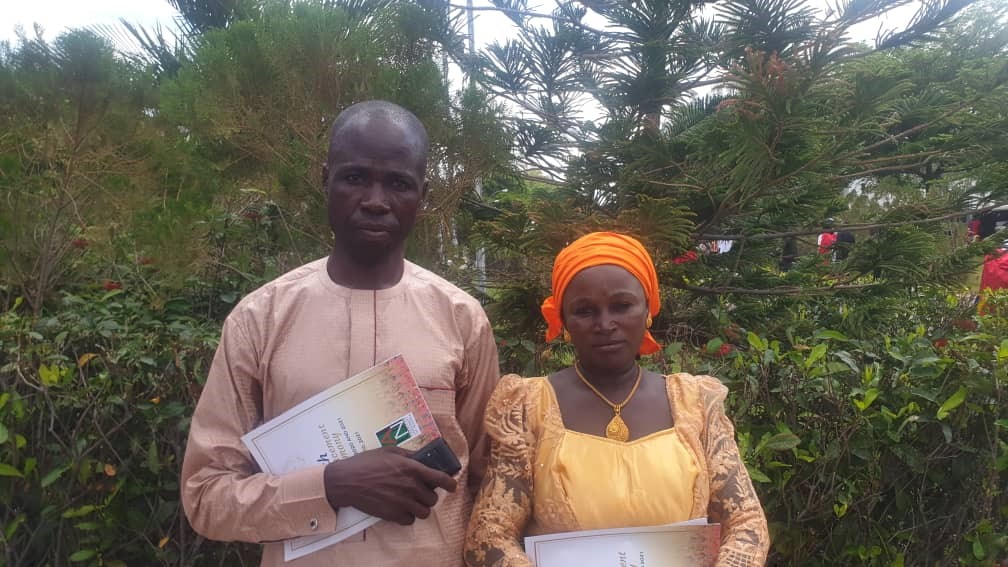 Abducted in the middle of the night

It would be amazing for anybody from Mary’s community to graduate from university – but it is particularly astonishing, given what Mary has survived.

In the early hours of 15 April 2014, about 30 men burst into the school dormitory and rounded up the girls, telling them “We are Boko Haram.”

“They set the school on fire,” remembers Mary. “They told us to move. We didn’t know where we were going. We just followed the instructions because we knew, if we tried to run, they would definitely kill us. We were so afraid.”

The girls were taken to a forest hide-out. As soon as they arrived, Mary started planning her escape. When the men guarding them were distracted, arguing among themselves, Mary and a girl called Deborah escaped together – it was about 3pm on the same day they were taken. They walked for hours, eventually finding a hut where a Fulani woman gave them water to drink and directed them. After many more hours of walking, they reached a village where the village leader received them, and they took a motorcycle taxi.

“We rode on a motorcycle for hours, but by around 9pm the motorcyclist got scared and abandoned us in the forest. He had already been given all the money we had, so he left us in the forest. We kept walking until we found another Fulani hut. Even though we did not speak the same language, they gave us a place to sleep and promised to direct us on the road home in the morning.

“They gave us masa for breakfast. Then they showed us the path and advised us to hide if we heard any strange noise. We walked past about three deserted villages that Boko Haram had destroyed. At the fourth village, someone offered to take us on his motorcycle to my uncle Ba-Lawan’s house in Chibok,” Mary says.

The news of the girls’ return spread like wildfire. It was bittersweet, because so many others were still in captivity. When Mary’s father took her home her mother, Saratu, broke down in tears of joy, thanking God for her safe return. 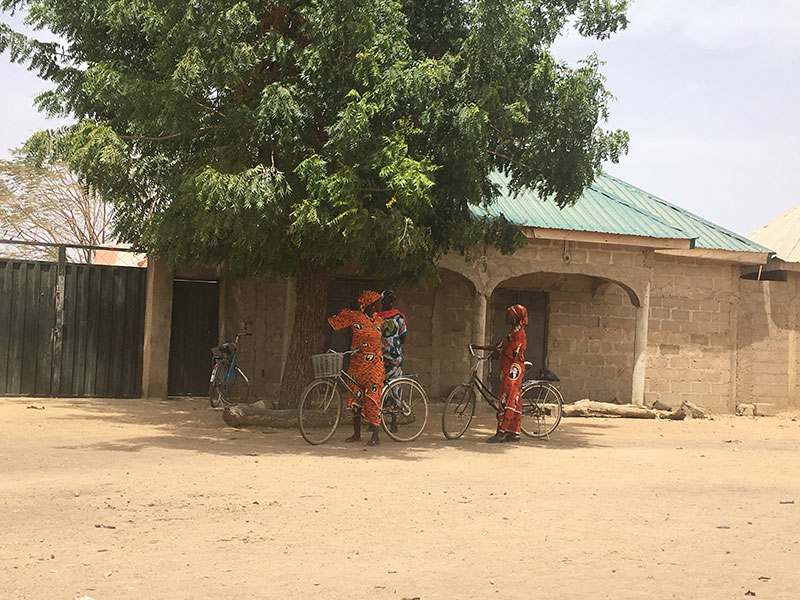 Image: Dusty streets in a village in Chibok

You are standing with the Chibok community

Though the world news sometimes seems like it has moved on, Open Doors partners continue to stand alongside the Chibok community as they wait for the return of their daughters – thanks to your prayers and support.

“I want to say a big thank you to Open Doors for standing by us from the beginning of the kidnapping till today,” says Yakubu Nkeki Maina, the Chairman of the Chibok girls’ parents’ association, who was also celebrating at Mary’s graduation. “Your constant visits to Chibok, even when the place was still under attack, is something I cannot understand. Indeed, you have showed that we are one through Christ. Thank you for being there and standing with us through prayers, trauma care, food support and financial support. May God bless you.”

This is a time of rejoicing for Mary and all she has achieved – but Mary’s father reminds us that we must keep praying for the 112 girls who remain in captivity: “Today, I am here to testify that God has answered the prayers of His children. Mary is a testimony. Please don’t stop praying for the other girls and other children that are in the hands of the abductors, that God will bring them out and, one day, we will come and celebrate more graduations.”

Lord, we join with Katambi in praying for the safe return of Your daughters who are still held captive by Boko Haram. Please bring them home. Pour Your peace and love on all those who still suffer trauma from their ordeal, and show them their true worth in Your eyes. We also praise You for Mary’s achievements – may she shine as a testimony to Your grace and love. Amen.