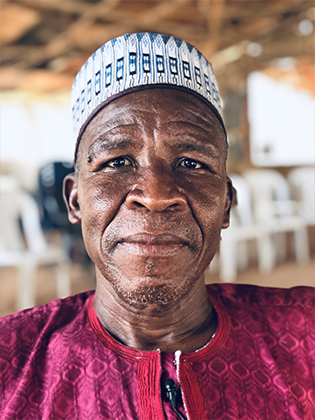 Reverend Marcus Abana is a pastor in a city in Adamawa State of northern Nigeria. His community suffered devastating attacks by the Islamic extremist group Boko Haram. Churches were burned; villages ransacked and people have been murdered. Read below how Reverend Marcus and his congregation have been coping…

When did things get bad?

“After several months, Boko Haram left our town and I returned. There were very few of us. Some came late at night and entered their homes.”

“When we came back, some of the churches had blood on the walls. Anyone who saw it or heard about it didn’t want to go to church anymore.

“The attack put a lot of fear in the hearts of many. People thought if they went to church, they might get attacked too. So many people didn’t return to the church at the time… I was so scared. Truly speaking, my faith was shaken.

But still, the Word of God kept reminding me that anyone who puts their trust in God won’t be forsaken. At that time, I was pastoring at another town, quite far from here and I was transferred to a very dangerous area — near Mubi, where Boko Haram camped. I began to visit the church members in their homes, but still only four members agreed to come to church. And that was how we began to worship again. After a while people came in a larger number.

Did you have help?

“When people gradually started coming back to the church, Open Doors came and hosted a seminar on trauma healing. They gathered pastors and members and kept encouraging and teaching us. Open Doors also distributed food for many, because no one had food stored — not only food but also financial support. You kept encouraging and training us. Because of these teachings, a lot of people became encouraged and strengthened to stand strong and they returned to the church.

“Today, the church is full, and the greatest source of our encouragement came from you — through your teachings, encouragement and the support you have given.” 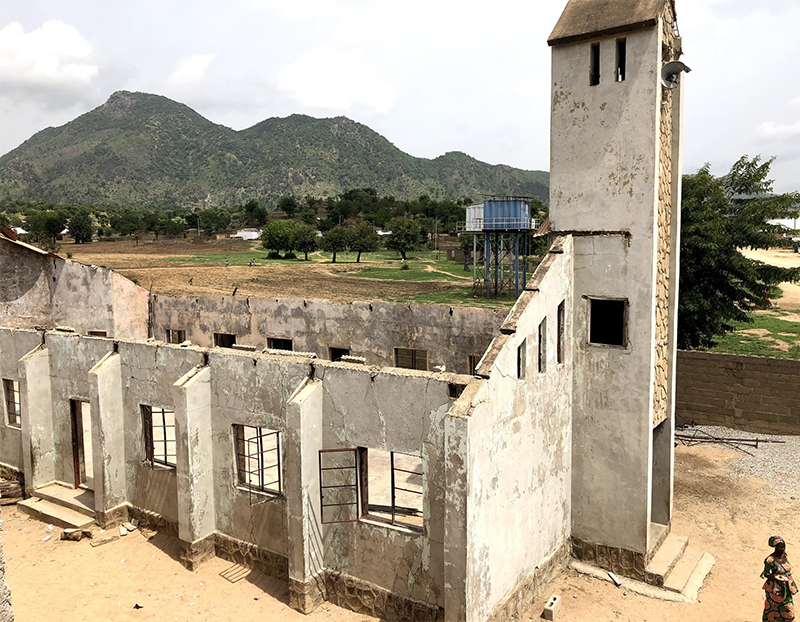 Image: The remains of the church after the attack…

What about Boko Haram?

“If I were able to speak with a member of Boko Haram today, I would tell them we will not repay evil for evil. I would tell them what they are doing will not take them anywhere and they should repent, come and follow Jesus Christ. What you have done, we won’t pay you back, just turn back to Christ. All that you have done: you killed people, you looted people’s property; you destroyed houses and burned churches, but God is willing to forgive you all your sins, that is the good news I have for you today.”

What advice do you have for us?

“Something that I want believers all over the world to know, if any hardship like this ever comes your way, do not feel discouraged but count it pure joy. Persecution will keep coming. And remember, persecution did not just start with you, it has happened in the past and is still happening. And anywhere persecution arises, the gospel is being spread more and more.

“Before Boko Haram attacked, we were weak, but after this we have become very strong in the faith. We do not pray that God will take away the hardship, but that God would give us the grace to be able to stand. The Bible tells us that whoever endures to the end will receive a crown of righteousness. This is the message I want to send to Christians around the world today.

“Before the attacks from Boko Haram, our Church had 200 members. Today, we have between 300 and 400 members. Some of the small churches in our region that could only hold 100 members have built bigger churches and hold 500 members.

“Since our Master Jesus went through this suffering, we also who have become His followers, will go through it, but at the end we will be victorious.”

Reverend Marcus has asked us to pray specifically for young women in his community as many are finding Muslim men are showing them lots of attention. If a relationship or marriage develops, the girls are often forced to convert to Islam. There are several cases of girls being abducted too.