University is a pretty formative time. It’s when we get to define ourselves and our future. For many of us, its a time when we’re living away from our families for the first time, and it’s when (if we’re bought up with a faith), that we either choose to stick with it, or leave it. For others it might be a time of encountering faith for the first time.

So, it’s pretty extra-ordinary and shocking that a Nigerian university student who converted from Islam to Christianity has been arrested by state security forces, as has the friend who introduced her to Christianity.

Nabila Umar Sanda, 19, is a student at Bingham University in Karu, in the central state of Nasarawa. While studying there, she became friends with Simput Dafup, a 33-year-old Christian. When she expressed an interest in Christianity he invited her to meet a local church leader, Jeremiah Datim.

She decided to become a Christian. And then the trouble began. 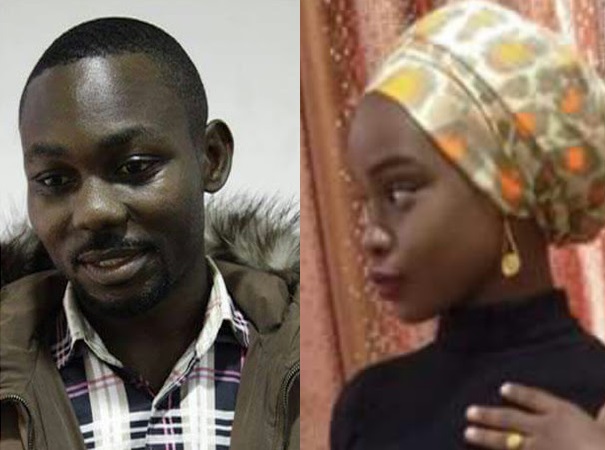 Held in an unknown location

Given the sensitive nature of conversion from Islam to Christianity, Christians organisations have to be very careful about the process. So, after Nabila expressed her desire to become a Christian, Pastor Datim immediately made contact with an organisation known as the Jama’atu Nasril lslam (JNI). “There is a working understanding, or protocol, that where such issues or situations arise relating to any of the two religions, the leaders of the affected religion should contact the leadership of the other religion from which the convert is coming,” he explained. “I immediately contacted the leadership of JNI in the state and informed them that she had converted to Christianity.”

On 8 January, the JNI made contact with Ms Sanda’s parents. Later that day, according to Datim, detectives from the Department of State Security Services, “stormed my house, assaulted my wife, daughter and eight-month-old baby, and took Nabila away”.

Her friend, Simput Dafup, was arrested that same day. Both are still being held in an unknown location.

Simput Dafup’s mother, Lydia said, “The men who stormed my son’s premises, heavily armed, in five vehicles, blocked everywhere and assaulted even passers-by… I don’t know where my son is. Nobody has contacted me or any member of the family as to his whereabouts.”

At a Press conference in Jos, capital of the neighbouring Plateau State, Pastor Datim made a forceful defence of the freedom of belief that should be the norm in Nigeria.

“The Constitution of the Federal Republic of Nigeria guarantees the right to anyone to propagate his faith and the right to also practise any religion of one’s choice,” Datim said. “Miss Nabila told me she is 19 years old and therefore free to choose a religion for herself.

“I understand that her father has said he has all the ‘connections’ in this country to deal with me, Dafup and any other person found to have been involved in the conversion of his daughter to Christianity, and that he will ensure that we rot in jail. l want to state here without fear of contradiction that neither Dafup, myself or any other person that has established contact with Nabila has breached any law of this land.

“I also learnt that Nabila’s father reported to the DSS that we forcefully abducted and brainwashed her into becoming a Christian. l challenge the DSS to produce Nabila and put us side by side so they can ask her if she was forcefully converted to Christianity or abducted or brainwashed.”

“As a mother and a widow, l am worried about the safety of my son. I beg you journalists to help me to trace where my son is please.”

Datim added: “They must not only release him immediately, they must ensure that he is in a good state of health, and the DSS must stop the harassment of members of my family or [Dafup’s] family, or any other person allegedly involved in the conversion of Nabila.”

Nigeria is number 14 on the Open Doors World Watch List of countries where Christians face the most extreme persecution. Hostility towards Christians, especially in the northern Sharia states, is spread by radical Islamic teaching and practice. Converts face rejection from their Muslim families and pressure to recant.