“I won’t kill you. In Islam, you should be killed for this. If someone does kill you, I won’t avenge your death.”

Issam’s brother said these words to him after he’d converted to Christianity. It’s pretty shocking, right?

Unlike many believers in North Africa, Issam hasn’t kept his faith secret. He was so excited about his new faith that he couldn’t keep quiet about it.

“I was crazy enough to tell everyone immediately. I was so open that people didn’t really believe me or take it seriously. I think because of that it didn’t cause stress and anger in the beginning.” After two years, it was a different story. But it hasn’t stopped him helping other isolated believers. 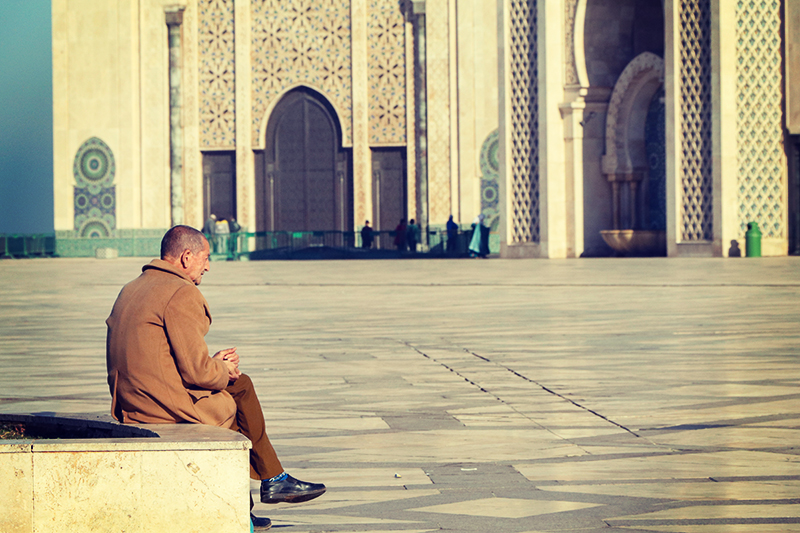 Image: A man sits outside a mosque in North Africa

Issam says: “I was born into a committed Muslim family. From the age of seven onwards, I visited the mosque. When I grew up, I started to ask more in-depth questions.” He didn’t get the answers he wanted, and he began to drift away from the religion of his parents.

Ironically, it was his father who first introduced him to the Bible, almost by accident. In Issam’s country, Christian churches are allowed (though conversion from Islam to Christianity is an offence). His father had a construction job at a Catholic church, and brought home a New Testament.

Issam says: “The book attracted me. I started reading it. I thought, Jesus had wonderful ideas, but no one can put them into practice!”

After university, a chance encounter with a foreigner, who was only in the country for a week, made all the difference. He and Issam got chatting in a coffee shop, and he invited Issam to church. Issam wasn’t sure – but in the end he decided to go: “I met the man and he introduced me to other people. From that day to this, I have never left the church.”

Though Issam told his family and friends about becoming a Christian without retaliation, after a couple of years, things got worse. It was that conversation with his brother, where he said he wouldn’t avenge Issam’s death, that changed things. “I knew from then on that I didn’t have a family that supports or protects me anymore,” says Issam. “That was hard to hear.”

His family hoped this pressure would make him turn back to Islam. But Issam felt secure with Jesus: “I keep going because I know my future, I have hope. Having that certainty is more precious than the pressure.” Praise God, his family are much less antagonistic now. One of his sisters is even exploring the Bible. 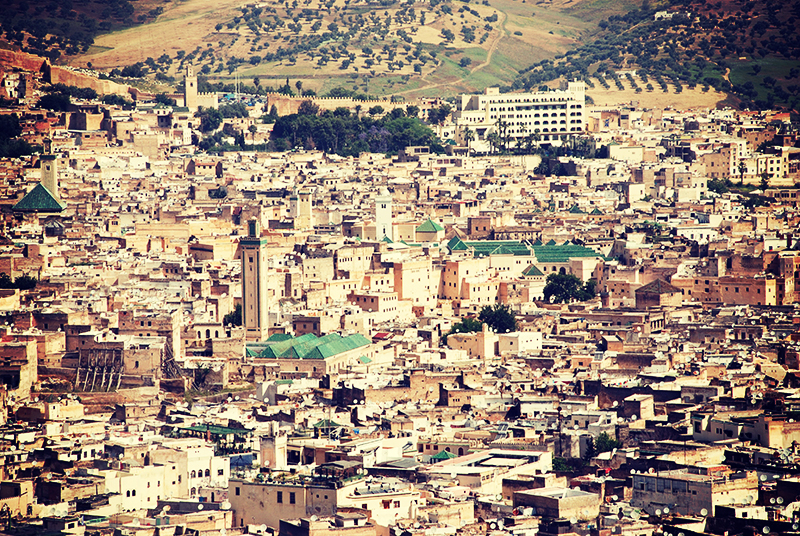 Image: The skyline of a North African city

Now Issam works for his church, helping those exploring Christianity and working with secret and isolated believers who don’t have a community or support network to help them.

Issam’s work is crucial for discipling new believers. Under the current travel restrictions, it’s got even harder and the church in North Africa is scaling up online outreach and discipleship, often with the help of Open Doors partners.

The support of Open Doors partners in North Africa, made possible by your prayers and gifts, has delighted Issam. “You are an organisation that supports the plans of the local church. You come alongside churches and walk with them, you help them instead of imposing something on them.”

With your help, Issam and others like him can reach a great number of isolated believers across North Africa, connecting them with the church and – as happened with Issam himself – helping them encounter Jesus properly for the first time.

Grow with God during the lockdown: Isolated Church…

To help you through this time of enforced social distancing and isolation, we’ve been releasing a series of new content every week looking at how the persecuted church can inspire us during this time of lockdown. Sign up now to get access to eight themed reflections including stories, videos, bible material, prayers and actions!