Do you know the story of Hea Woo, the North Korean Christian who planted a church in a prison camp? You may have heard her share her incredible testimony at Spring Harvest or New Wine last year. We recently asked her for an update – this is what she said. 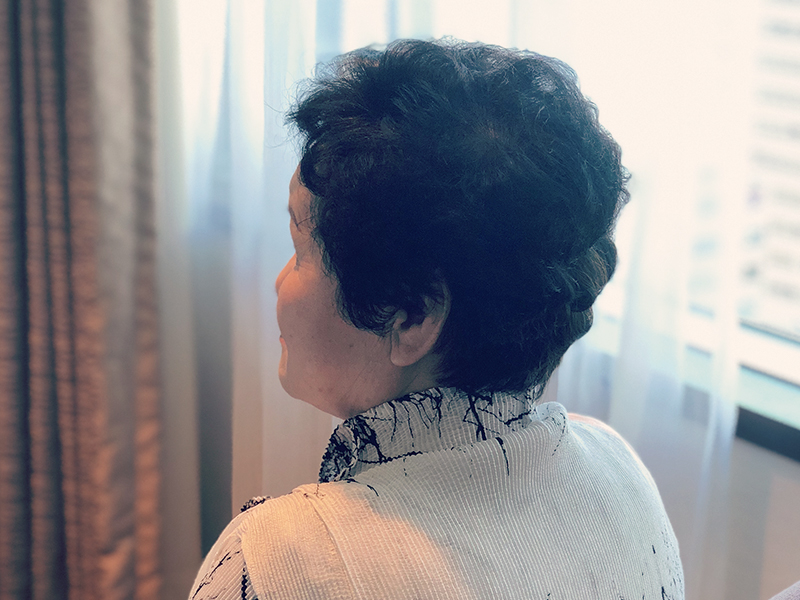 “A few days ago I woke up in the middle of night soaked in sweat. For a moment, I didn’t realize where I was. The panic grips me by the throat. I look around. I’m not back in the camp. I’m in my bedroom in Seoul, the capital of South Korea. I escaped from North Korea in 2010. Now I pray on my knees and worship and praise our Heavenly Father.

Time flies. It’s been nine years since I left North Korea and eight years since I arrived in South Korea. When I lived in North Korea, survival was my most important priority every single day. We were starving and suffering, and there was no freedom of religion or human right protections. Here, in free South Korea, I enjoy my daily life. I have the same 24 hours each day, but my life is so different from before.

My last eight years in South Korea have been filled with God’s mercies and grace. My life has turned out to be such a blessing. Every suffering and sorrow I experienced before is so precious to me. I was walking in the valley of death and now I am being used like the purified gold in Him.

Once, in the terrible prison, I almost died. The doctor told me I might only live for another three days at the most. I was hopeless. I could only pray to God, “Please don’t let me die here; instead, use me to tell the world about my faith and suffering in my country.”

My soul cried out to my Lord Jesus Christ, even in the midst of fading consciousness. I believed in the promise of God’s words in Jeremiah 33:3, which say, “Call to me and I will answer you and tell you great and unsearchable things you do not know.”

I repeated my prayer, “Lord, lift me from the valley of death, and use me to tell the world that which my faithful husband could not.” My husband died in a North Korean prison as a Christian believer.

Hallelujah! God answered the whispering sounds of my prayers in the prison. God protected me when I was at risk of public execution after evangelising in North Korea.

I am so thankful for everything that God gives me now that I am free to live in a country as a Christian believer. When I give thanks to God for the small things, God blesses me abundantly. God has changed my life from sorrow to joy. I am such a blessed person to be used as God’s ambassador in this world. How can I be more blessed than that!

In North Korea there is a proverb which says, “You are less worthy than a street dog if you lose your country.”

I was wandering around in China to find freedom of religion and human rights. I was afraid of being captured and deported back to North Korea any moment.

From China, I was able to travel to South Korea by plane. Someone had arranged the money and papers for me. Even though I was an illegal immigrant, I could board the plane. I will never forget that night flight. It felt like I was boarding the plane in a dream. And I couldn’t believe I was on my way to a free country. It felt like I was leaving hell to fly to heaven.

But I also had concerns. When I was young, I was taught that most South Koreans were beggars living in shacks. All the time on board I kept praying. When we approached Seoul, I saw that the city was sparkling with many lights. I was stunned and ecstatic. My heart was pounding with joy. That instant, I knew that some of those lights came from crosses on churches.

When I arrived at the airport, I noticed a big sign that said: ‘Welcome to the Republic of Korea’. At that time, I recognized that I was stepping into a free country of religion and human rights. My eyes were full of joyful tears. It was the moment I was born again in South Korea, and the second phase of my life had begun.

Later, I began to observe things in South Korea. People on the street were smiling. I counted the numbers of crosses of the churches while walking the street. People can buy food at the market from anywhere; no one is wearing worn-out clothes and shoes; and there were always left-overs at every meal. I felt so bad to remember the street kids in North Korea who are suffering from starvation.

As soon as I came to South Korea I registered as a new member of a church. I studied Theology at Seminary and earned an M.Div. degree. I dedicated my life to His Heavenly Kingdom.

The one body of Christ

Wherever God calls me to go I obey His calling and travel all around the world to share my testimony. I am God’s trumpet to speak out His will. Wherever I go and whatever I do, I want to glorify Him only.

Through Open Doors, I have been traveling to speak in the USA, UK, France, Germany, Italy, Spain, Brazil, Netherlands, Sweden, and Australia. For the last seven years I’ve had the chance to meet Christian believers from all around the world, through Open Doors. God makes everything good so those Christian workers can cooperate together for His Kingdom.

2 Samuel 7:9 says that ‘I have been with you wherever you have gone, and I have cut off all your enemies from before you. Now I will make your name great like the names of the greatest men of the earth.’

I believed the promise of God and His blessings to come after my suffering. It was my strength that I could miraculously survive in the valley of death.

Last year I moved to a new apartment which was provided by the South Korean government. I cried so much with joy while packing my belongings. I had nothing in my hands when I crossed the river to escape from North Korea. Now, God has blessed me and given me so many things. I was overwhelmed to count all the blessings given by Him. I dedicate my life again to glorify His name only.

I used to build a secret church service at the smelly toilet of the prison camp, where even the prison guard did not want to come and check. Now I can worship and sing the songs loudly in the open church buildings. I did not have access to a Bible in North Korea, but now I can open my Bible whenever I want. I could not have Christian fellowship with other believers in North Korea, or say the name of Jesus Christ, but I attended the prayer service and Christian fellowship meeting almost every day. I cried out to God to use me to tell my story to people outside the prison camp, and now I travel and share the love of God to believers all around the world. I was tortured and beaten with sticks, but now my heavenly prizes are so many. I have so many reasons to give thanks to God.

There is nowhere too dark or too dangerous for the hand of God to reach. Pray for protection for secret believers, for comfort for imprisoned believers, and that one day soon the people of North Korea will be free to follow Jesus without fear.

Just £6 could help provide a single survival pack for a secret Christian in North Korea. Give what you can to help…