North Korea is the most dangerous place in the world to be a Christian. Since 2002, it’s been number one on the Open Doors World Watch List, the annual ranking of the 50 countries where Christians face the most extreme persecution.

Every aspect of life in North Korea is controlled by the state, and the belief that there is a higher authority than the nation’s leader, Kim Jong-un, is seen as a threat that must be crushed. Tens of thousands of Christians are incarcerated in horrific labour camps, and thousands more keep their faith in Christ a complete secret.

And yet, incredibly, the church in North Korea is growing – Open Doors estimates that there are 300,000 courageous believers in North Korea. In such an oppressive state, this should be impossible. How do they survive?

Survival step one: Keep your faith a secret

The people of North Korea are under constant surveillance, and the authorities are always looking for signs of anything that might pose a threat to the ruling regime. There are even rewards for those who help discover Christians, such as being given a better house or a better job.

There is a neighbourhood watch system called Inminban, and every North Korean citizen is part of a local unit. The unit leader will write reports on each of the members, asking questions about who has been visiting their homes, any absences, whether they have participated in volunteer work, and even whether they clean the portraits of the country’s leaders on their walls (all homes in North Korea have these portraits).

North Koreans also have to take part in self-criticism sessions with their local communities every week. They must say what they have done wrong that week and how they will improve, and then others in the group will accuse them of other wrongdoings. In reality, friends will arrange to criticise each other, but only for minor offences.

With so many eyes upon them, Christians must be very careful to keep their faith completely secret.

Survival step two: Be suspicious of other Christians

Government spies often try to infiltrate Christian networks. A refugee who has escaped North Korea remembers talking to someone being trained as a spy: “There are courses for religion in Kim Il-sung University. Most graduates are recruited by the NSA (the National Security Agency). The informant said he was being trained to uncover religious people according to special directions from the NSA.

“He was supposed to look for things such as a person who remains silent with closed eyes and meditates, or when habitual smokers or drinkers quit smoking or drinking all of a sudden. These people should be targets to be watched closely.” 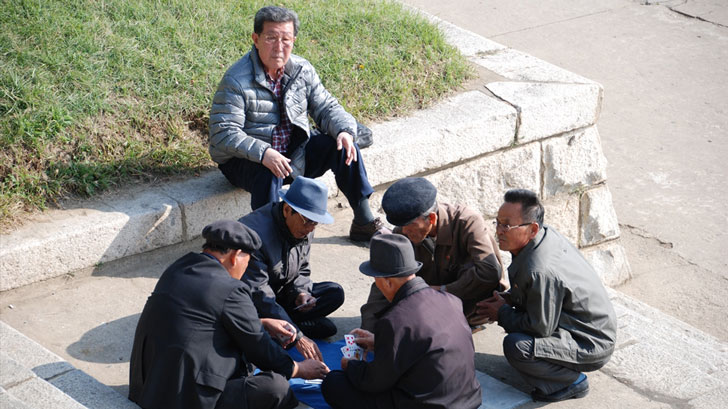 These spies may set up fake prayer meetings and learn extraordinary conversion stories. They will be given a good knowledge of the Bible, which makes it possible for them to convince real Christians that they are trustworthy. “Our biggest fear is that there may be a Judas within the church organisation,” a secret church leader told Open Doors.

Most Christian parents don’t tell their children about their faith until they are adults, for fear that they might accidentally let something slip. Children are indoctrinated from a young age to love the leaders of North Korea; the first words parents must teach their children are the words ‘Thank you, Father Kim Il-sung.’ At school they learn about the Kim family and their wonderful deeds. They are also taught that Christians are evil spies who kidnap, torture and kill innocent North Korean children, and sell their organs and blood.

This might seem like a strange instruction for surviving in North Korea, where most people have very little. Every year there are natural disasters, with droughts in the dry seasons and flooding and mud slides in the rainy seasons. Harvests are poor. North Korea operates a ‘military first’ policy for distributing food and resources, meaning that ordinary people are often left to go hungry. An incredible 60,000 secret believers depend on Open Doors to smuggle in food, medicines and clothes to help them survive.

And yet, North Korean Christians choose to share the little resources that they have with those who have even less. One Chinese worker who has been involved in missions among North Koreans says, “At the height of the famine a leader felt called to reintroduce the concept of ‘holy rice’, a practice whereby rice is set apart for use in God’s kingdom. Ever since, these Christians don’t consume all the food they receive from us. They save some to give to people who are even worse off than them. This gives them an opportunity to build trust and later share the gospel with these people.” 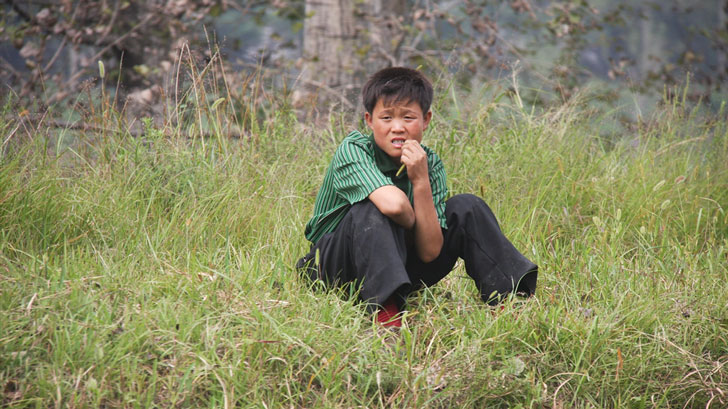 Survival step five: Never give up

Open Doors estimates that there are between 50,000 and 70,000 Christians imprisoned in terrible conditions in North Korea – in labour camps comparable to the concentration camps of the Second World War. But we know from the stories of those who have escaped that many stand firm in their faith, even under the most horrific circumstances. 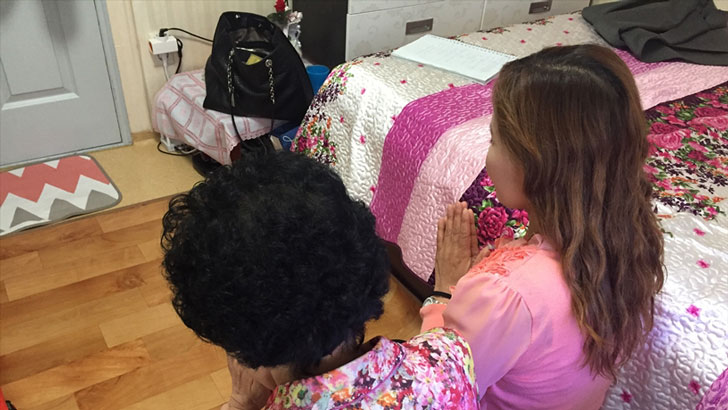 Hannah and her oldest daughter praying

Hannah* (pictured above) and her family were arrested for leaving North Korea. When it was discovered that they were Christians, they were all put in solitary confinement. She says, “Prisoners in solitary confinement were badly beaten up. Nobody dared to resist because you’d only make the torture worse. But my husband was different. The more they tortured him, the harder he defended his faith. He yelled at them: ‘If believing in God is a sin, I’d rather die! Just kill me! It’s my mission to live according to God’s will!’
Read more of Hannah’s story here…

How you can help Christians in North Korea

Of course, it is by God’s amazing grace and power that the church in North Korea continues to endure and grow. He is working through the courage and faith of our persecuted brothers and sisters, and the prayers and actions of His global church family.

There are three things you can do to support your church family in North Korea today.

Give: Open Doors workers are able to reach 60,000 believers in North Korea with food, clothes and medicines. They also smuggle in Bibles and Christian books, and broadcast Christian radio programmes into North Korea at night, to help these courageous believers learn more about the faith they’re risking everything for.

Pray. If you’d like to spend time praying for our brothers and sisters in North Korea during Lent, why not order a copy of Live Like a North Korean, with daily prayers and reflections for individuals, challenging follow-up activities and downloadable resources for small groups. One secret believer says, “We always remember your love and concern for us. We are doing well thanks to your prayers.”