“I remember that my grandmother would go into her room or the backyard where people couldn’t see,” says Nari. “And she would pray every night. I always heard my grandmother calling out, ‘Lord! Lord!’”

Nari and her sister Ki* grew up in harsh circumstances. There were times when they didn’t eat for up to ten days.

But when Nari was 27 and Ki was 17, they found a woman who said she could take them across the bordering river to China – to safety. They crossed the border safely, wading through a freezing river, but after they reached China, the woman betrayed them both. Nari and Ki later found out that they have been sold for about $1,000 each.

They were married off and had to work long hours as labourers in fields. They were badly abused by their husbands. Plus, Chinese authorities were often on the lookout for illegal North Korean refugees. One night, Nari was seized from her home and taken to prison.

And so, in the midst of her situation, Nari began to pray too. After two hours, she was separated from the other prisoners. They were taken away – probably to be transported back to North Korea. But she was freed.

“I was let out to go home. At that moment, a thought came into my mind: the God my grandmother prayed to – that God saved me. I kept that thought in my heart.” 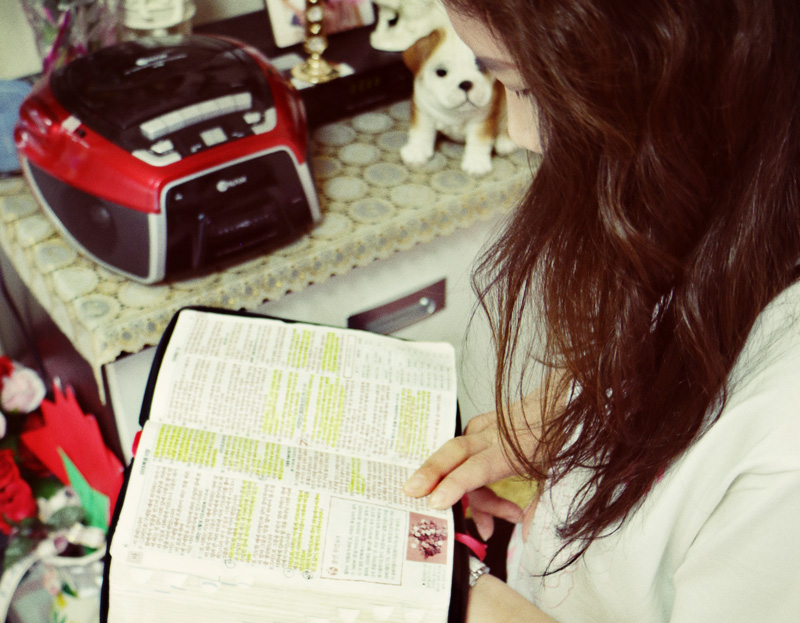 Image: Nari reading her Bible from her new home in South Korea

‘The invisible God saved me’

Their lives were a constant struggle. Unsurprisingly, Nari was suicidal. Her Chinese husband would threaten her: “He kept on saying, ‘Because I bought you with money and because you’re from North Korea, even if I kill you, nobody would sue me.’”

Because Nari now had a son, she didn’t want to leave and abandon him. Her mother decided to moved to China and she started taking Nari to church.

“When I went to church for the first time with my mum, the hymns made my heart feel at peace. As I listened to the sermon, I realised that the invisible God could help me. And I thought that I didn’t have to end my life.”

After 13 long years in China, Nari escaped to South Korea, where she is now a citizen, attends church and serves other North Korean refugees. Her favourite Bible verse is from Psalm 119.

North Korea is the most dangerous place in the world to be a Christian. Here’s three things you can do now to help your secret church family in the country:

Pray: Lord Jesus, thank You for the courage of our North Korean brothers and sisters. We ask for Your protection and Your provision for them, so that the church may continue to grow and shine as a light in the darkness. May You flood the nation of North Korea with Your glory, Your truth and Your mercy. Amen.

Give: Every £15 could provide a monthly winter relief pack to help a North Korean believer survive. You can give here…