North Korea has been at the top of the World Watch List for twenty years in a row, meaning it’s the most dangerous country in the world to be a Christian. It’s so dangerous to be a follower of Jesus in North Korea that communication between fieldworkers and secret believers often has to be done using code.

With your support and prayers, Open Doors fieldworkers are keeping 90,000 North Korean believers alive with vital food and aid through networks in China, as well as providing shelter and training for North Korean refugees in China.

To make this happen, our North Korean brothers and sisters often communicate with fieldworkers in hidden and secret ways. Below is an excerpt from a secret letter written by a North Korean believer, who has created a story to explain their current situation. But to help you understand the meaning of the story, you need to know who all the characters are. So, here goes… 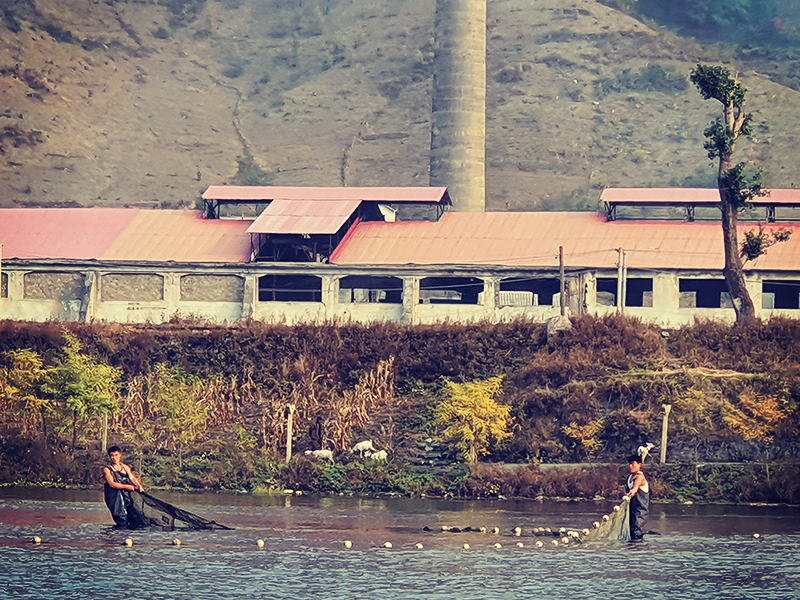 Image: Fishermen in a river on the border of North Korea and China

“Once upon a time, there was a mother dog. The mother dog fed the puppies but could not feed itself. Slowly the mother dog suffered malnutrition and was infected with a disease. Soon, the owner abandoned the mother dog. While it was waiting to die, somebody had put a strange medicine next to it and it cured itself with that.

“When it returned to its home, it could not find its puppies. It was sad but it bore puppies again and became useful to the owner. Nowadays, the mother dog and new puppies often run into dangerous situations, but they are happier than ever to be together. They are deeply grateful to the people who had left the strange medicine earlier on, and they decide to fight today’s fight and maintain a strong spirit and body for the sake of those who had left them the medicine. The story will go on.”

It’s difficult not to be able to communicate openly – but praise God for the creativity and ingenuity of this North Korean believer. And, as a fieldworker we call Peter says, “We need to remember our brothers and sisters. We must continue our work until North Korea is restored and overflows with holy worship and praise!”

Thank you so much for faithfully standing with our brothers and sisters from North Korea. Please keep praying.

Part of a propaganda monument in Onsong, North Korea