Sister R: When the women flee from the country, it’s normally because of their financial situation. During the pandemic, the government had to close the borders and block people from travelling in order to prevent the virus spreading. And that caused serious famine inside the country, so it is very difficult now too.

You have to be a government official or very high class to get permission to leave the countries, so many of these women flee illegally, and they automatically become traitors to the government and to the country. If they are caught in a third country, they will be brought back to their home country where they will get a trial and possibly go to prison. 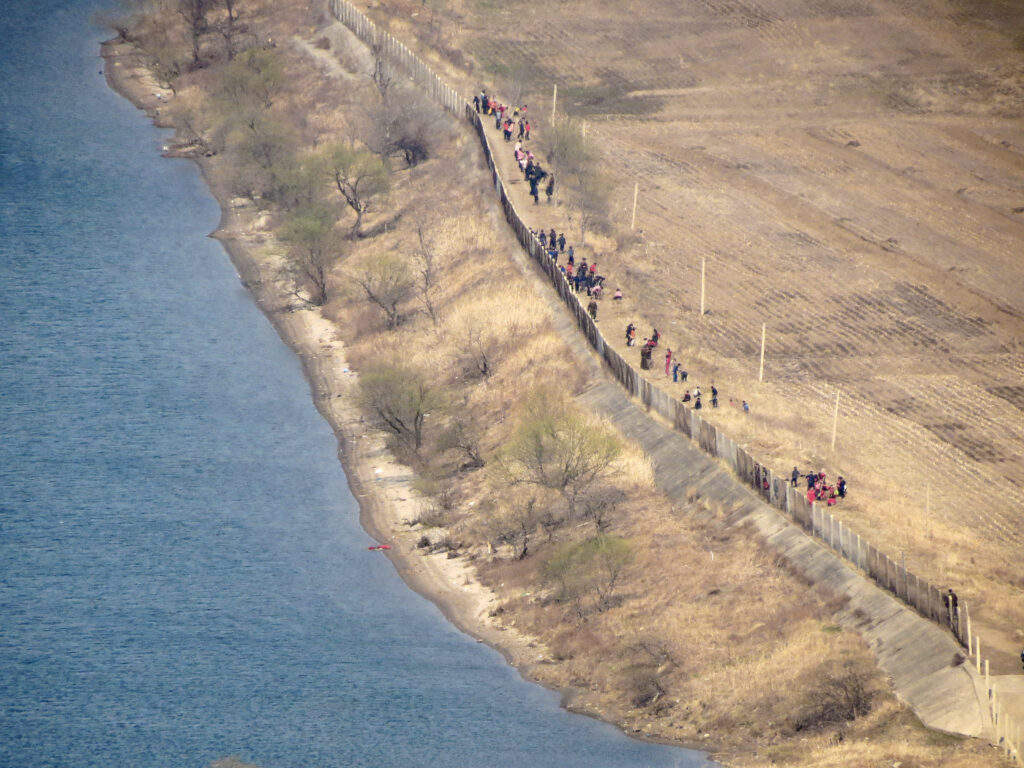 Image: North Koreans working along the Yalu river, which forms part of the border with China

When the women get to China, what problems do they face there?

Sister R: As the women travel illegally, they normally need a broker, and sometimes they are deceived by the brokers. At first the brokers tell the women they will connect them to a safe place where they can find jobs. But many times the women are sold into marriage. Some of them are trafficked into the countryside where they are sold to Han Chinese families to have a baby or to be a wife.

Chinese officials never allow them to have official documents. No passport, no ID, so they do not exist in China. Any ladies who are captured by the officials or police have to be deported back to North Korea because they are illegal escapers. Those ladies are hiding around the remote areas, in the mountains and countryside. Our lady fieldworkers go to visit their villages to hold Bible study groups.

How does the ministry change women’s lives?

Sister J: They are all brainwashed by the North Korean regime. The first time they come, they are really afraid to hear about the gospel. At the beginning it is really difficult to open their hearts. So we have to pray a lot to prepare ourselves and prepare them to come to the meeting. God will be the one who opens their hearts.

Sister R: As time goes by, the sisters come just to hear stories from the Bible and talks from the field workers. Through this they encounter Jesus Christ. They really listen to the Bible verses and sermons and sometimes they get baptised. Some even volunteer to be the leader of the group so they can better understand other sisters and care for them.

What would happen if the ministry was discovered?

Sister R: If the women are caught with any evidence that they have had contact with any Christian people or South Koreans, they will be deported to North Korea and sent to a political prison camp – or even executed. If someone is caught with Christian materials, the government will look for their family and the whole family will be sent to the political prison camp, even though the family are innocent.

Sister J: We have to take risks. But even though we know it is not safe, we still have to do it. God loves each of the women so much. We really want to share God’s love to them, and let them know there is an amazing God who helps them and who will be with them all the time. We have to share that even though it’s risky.

We cannot prevent all the risks, but we do everything we can to protect ourselves and the people who come to our meetings. Everything is really hidden and the meetings are secret so they cannot be tracked down or followed by anyone.

But the women are really ready for any risk. They are still coming because they really want to learn more about the Bible and know Christ more.

How do the women inspire your own faith?

God’s grace is really powerful. They are overflowing with joy and hope. It is only possible because God really walks with them in their lives. We feel God’s presence, and God is really working though our ministry.

We need a lot of prayer from supporters all over the world. It is not just us who are doing this, but all of us together are working for God’s kingdom. That’s why we can do this work. We can keep doing it because of all the supporters, because of your prayers and your support. 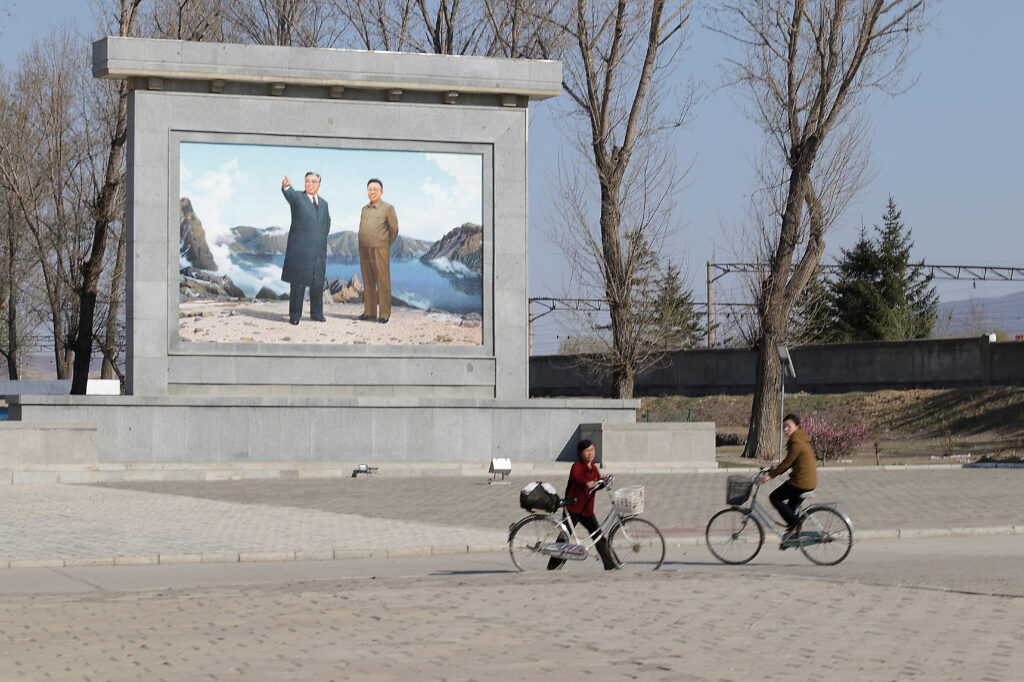 How do the prayers and gifts of Open Doors supporters help?

Sister R: The ministry itself is based on the prayers of the brothers and sisters around the world. Because they face so many risks, so they really need your prayers.

There are times when they are travelling when they are caught by the guards and their ID is checked. Those are very dangerous times because the ministry’s location could be revealed. But the guards check the people in front of them and they just pass over the fieldworker and check the people behind them. The fieldworker thinks, “What’s happening? Why don’t they check us?” And then they say “Oh, it’s surely a miracle!” It’s through the prayers of the brothers and sisters around the world they avoid the dangers.

There were many testimonies from the fieldworkers that they experienced something very unusual and something very heavenly because of your prayers. There are times when they are discouraged because things seem so closed down and seem not to be working. But during their prayers they feel, “Surely the brothers and sisters of the world are praying for me, because I have this sudden light of courage.” 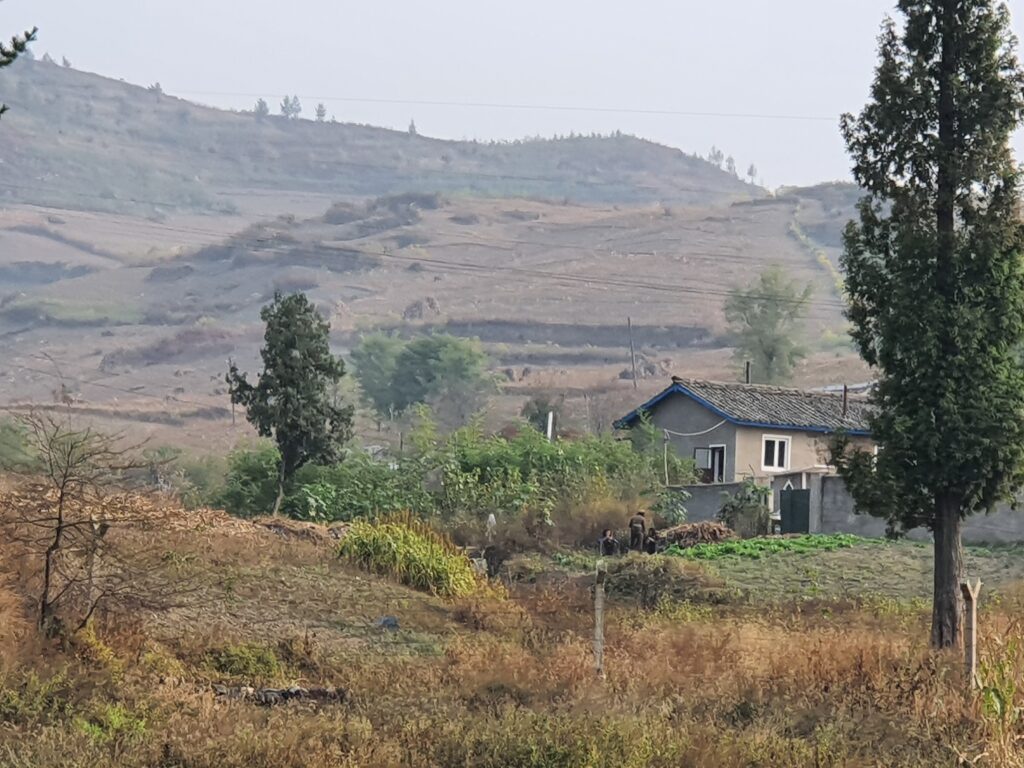 Image: A North Korean house near the border with China

How can supporters pray for the North Korean women and this ministry?

Sister J: Pray for safety first. Safety for our fieldworkers as they minister and also for the ladies who are coming to our ministry. They are in danger, so they need God’s protection.

Pray for more fieldworkers to work together for our ministry. It is risky work, so not many people want to take the risk. We need more workers to come.

Also pray for their physical and spiritual support. And for our fieldworkers’ families, because they cannot take care of their families as they have to go out to do ministry. They sacrifice willingly, but still they need some support as well.

Sister R: Pray for the ladies who come to the meetings – that they will choose to come despite possible opposition from their husbands and in-laws. And many of the sisters also have to travel far. So please pray they will not be open to any threat when they travel.

Pray for the health of the ladies because many of them do harsh work, like farming. Sometimes they have to work to support the families they have left in North Korea, so when they come to the meetings they are sacrificing their time instead of choosing to work. But that’s a blessing because they come they listen to the truth and then their spirit lives.

Finally, is there a Bible verse that particularly encourages you and the women you support?

Sister J: Of course there are many! One example is Galatians 2:20: “I have been crucified with Christ and I no longer live, but Christ lives in me. The life I now live in the body, I live by faith in the Son of God, who loved me and gave himself for me.”

3. Choose to Lose and raise money and prayer for those losing out because of their faith in Jesus…