With small radios, in the darkest hours of the night, secret Christians in North Korea listen to the scratchy voices of their brothers and sisters in Christ, broadcast from outside the country. Thanks to your prayers and support, these radio programs bring secret believers biblical teaching, encouragement, and your messages, which assure them that they aren’t forgotten by their global church family.

In a country where the Bible is illegal and daring to believe in a higher power than the nation’s ruler could lead to death for you and your entire family, it’s hard to imagine how anyone could ever hear the gospel, let alone grow in their secret faith in Jesus.

But while the North Korean authorities might be able to stop churches from meeting openly or Bibles from being readily available, there is one place it is much more difficult for them to control – the airwaves.

Each night, thanks to your prayers and support, secret Christians are able to listen to Bible exposition and sermons, worship songs and biblical teaching for different audiences. Despite the complete lack of Christian resources available in the country, the secret believers are able to be fed and nourished throughout their spiritual journey through these radio program.

While the radio waves are hard for the North Korean government to control, they still attempt to disrupt the frequency that the programs are broadcast on, and when this happens, the sound quality become so poor that it needs to be changed. Another issue is the lack of radios for North Korean believers, or difficulty fixing them when they are old, malfunctioning or out of batteries. But the most serious threat to the secret believers is just having such devices at all – if they are discovered, they will be arrested and imprisoned, or worse. And yet, our brothers and sisters are willing to risk their lives to listen to the God’s Word in secret. 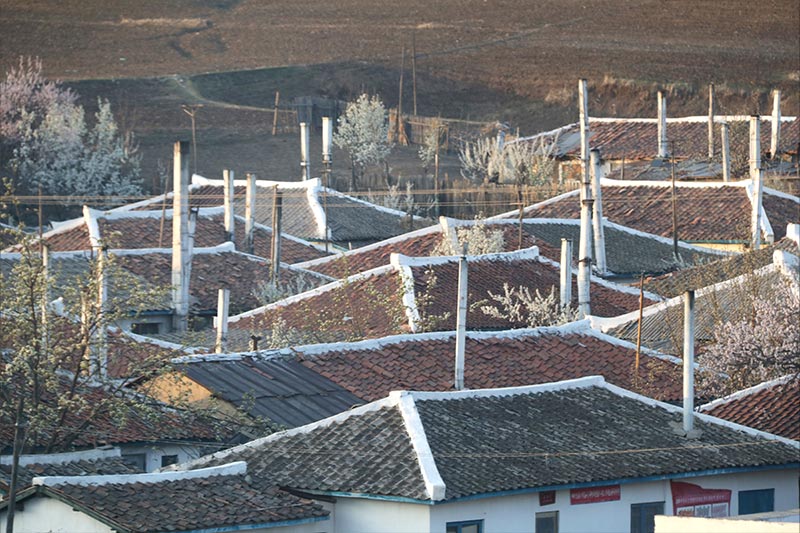 Image: Rooftops in a village in northern North Korea

‘We really love the programs’

Underground believers were able to let us know that they would like to listen to more radio programs, and to hear more about their brothers and sisters around the world. So, over the last few years, the radio ministry organised a program where the secret believers can hear your messages of encouragement – and in the past we’ve ask you to provide some of those messages! How amazing is that – some of your words of hope have been broadcast secretly into North Korea!

It can be hard for isolated North Korean Christians is to fight against the lie that they are alone and forgotten. This is why so many secret believers were deeply moved by hearing the encouraging messages from their worldwide family in Christ.

Recently, Open Doors received this message of from a secret North Korea Christian:

“Thank you for the radio programs… The contents of the programs are very helpful in training leaders and believers and in understanding the Bible. Some learned what it was like to live by faith, some experienced and learned more of God’s love, and some became convinced of salvation. We really love the programs. We get strengthened and encouraged in our spiritual life.”

‘Opportunities to deliver the Gospel to every citizen of North Korea’

Min-soo, an escapee from North Korea who is now a pastor in a free country, remembers first hearing about the Good News through a radio program. “I couldn’t sleep at night, and I was fiddling with the radio when I heard it. Even now I still remember the pastor’s sermon on the program.”

After years of God’s miraculous guidance, Min-soo has come back to the radio ministry, this time as a speaker. “We can use such programs to spread the Word of God, and if we can deliver the message properly, we will create a wide spectrum of opportunities to deliver the Gospel to every citizen of North Korea.”

Hee-jin, another Christian escapee from North Korea, also mentions the radio projects when asked about the biggest needs of the North Korean Christians: “What we can do from here is to do radio broadcasts. I think there are too few at the moment. And we can pray. Pray for the safety of secret believers. That’s the most precious, because they cannot live out in the open, they lead lives that are humanly impossible. What we can do is to send media and provide material support. They really need that.”