“You deserve to be dead.” Those are the words Sarah* heard from her father. He had just discovered her secret Bible. In their strictly Muslim household in North Africa, owning a Bible is considered shameful enough – but Sarah had just told him something even more shocking. “I quit Islam and became a Christian.”

Sarah’s father beat her, then threw her out.

If she were a man, being forced to leave home would be devastating – but a man might be able to find a job, a home and safety. In Sarah’s country, as in many countries, a woman is incredibly vulnerable without the protection of her family. Women only leave the family home when they marry. By throwing her out, her father wasn’t just rejecting her. He was endangering her.

Like most North Africans, Sarah was raised as a Muslim. Her family are particularly devout, because her dad is an imam – a preacher in the local mosque. She believed in a God, but was only taught to obey him out of fear.

Growing up, Sarah obeyed her parents, but stopped believing in the teachings of Islam. She didn’t have any plans to replace it with another religion. But, when she was 16, she walked into a church.

Sarah only expected to find foreigners in the church – she had been raised to believe that North Africans couldn’t be Christians. But there were others from her country who were worshipping Jesus. Sarah stayed for a service and, afterwards, was given a Bible to take home. Over the coming months, she also spoke with Christians on Facebook, who explained the faith to her. This social media discipleship was crucial.

Eventually Sarah made a huge decision: she became a Christian. 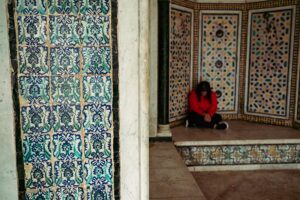 The moment Sarah made that choice, her life was transformed. She was filled with joy – but she also became even more vulnerable. Sarah already faced discrimination for being a woman, and now she also faced persecution for her faith.

Sarah had hidden her Bible under her bed, but her dad found it. That was the day she admitted that she had become a Christian – and suffered the beating and rejection that followed. 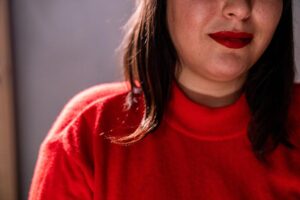 After Sarah was thrown out of her home, she was able to find help through her local church and Open Doors partners who, thanks to your prayers and support, provided essentials and somewhere to stay. She hoped that time away from home would mean a change of heart for her family – but the opposite happened. Sarah’s father started spreading lies about her, saying she had run off with a man.

“How can he destroy my reputation?” she says. “It is extremely painful to hear such things from your own father – almost unbearable.”

Sarah’s story is tragic – her family told her that they would only see her if she got married – and so she did. She married a Muslim man who was initially tolerant of her faith. But after they got married, her husband changed. He got violent, stopped her from having a phone, and he also eventually threw her out.

Open Doors local partners were again able to be there for Sarah when her family refused, and are still helping her rebuild her life – including providing discipleship training and a job, so she can become financially independent. Sarah is beginning to see change in her life, and knows that God is the One to thank.

Three things you can do now:

1. Learn more and pray: Get our free glow-in-the-dark World Watch List Map and find out more about the places where faith costs the most. Get your map here…
2. Pray regularly: Every Monday night at 7pm we’ll be praying one prayer for one minute for the one in seven Christians around the world who face persecution. Set an alarm and tune in…
3. Choose to Lose: Raise money by getting sponsored to lose something you love for a short time. Sign up and we’ll send you a fundraising pack…