We just received an exciting answer to prayer from Pastor Dayaratne in Sri Lanka – a Christian whose orphanage was shut down and was put on trial after local Buddhists framed and falsely accused him of committing abuses.

This is the message from Dayaratne:

“Hi there. This is Pastor Daya from Sri Lanka, from Agape Children’s Home. Actually I have a very happy message for you, a happy message for all of us – the Agape court case is over! Today, officially, the court has given a statement. There are no charges against me or anyone. Now, we can go ahead with our children.

“Thank you so much for your prayers and support. Keep in touch and let the others know in Open Doors how God has given His grace to us, to let us have this freedom from all these difficulties. Thank you so much! God bless you. I will come back again for more details. Bless you, sister!”

Dayaratne and Mala began Agape Children’s Home in southern Sri Lanka in 2001 after responding to God’s call to take in orphaned, abandoned and abused children. But neighbouring Buddhists – influenced by local Buddhist monks – were opposed to Dayaratne’s Christian values.

In March 2013, they took some of the boys and filmed them slaughtering pigs. They leaked the footage and claimed that Dayaratne and the workers at the orphanage were using the children for forced labour. Though the children vehemently denied that any abuse was taking place, the National Child Protection Authority took the children away – who numbered 130 – and the orphanage was closed. 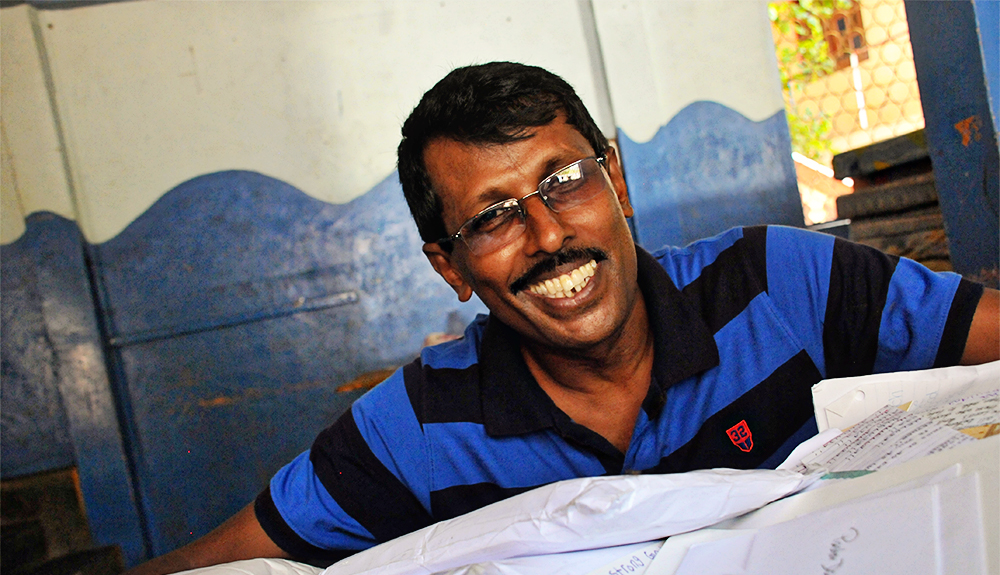 Pastor Dayaratne with letters of support from Christians around the world.

Dayaratne and Mala have not let the closure of the orphanage stop them from supporting children. Instead, they started Agape Without Walls – a ministry where they go into the community to support those in need.

“Now we have four locations and around 200 children are coming to our classes. So now we have even more children than before. We had around 100 plus kids inside Agape, now it’s double in Agape Without Walls. I thank God for that – that we can reach these children. Our life is very short, but our responsibility is very big. We have to live for Jesus!”

Thank you to everyone who has prayed for and encouraged Dayaratne and Mala!

Where is Sri Lanka?