Syria: “Jesus wanted me to be in that place”

Alya and her husband have had a tough few years, living through war and terror in Syria. But thanks to the love of a local church, her life has turned around, and now she’s come to know Jesus too.

Her story is pretty tough – she’s from a Muslim background and when the war broke out, her, her husband and their five children had to flee home because of the fighting. They ended up in Raqqa, the Syrian capital of the land grabbed and run by the extremist so-called Islamic State. Even though they were Muslims, they weren’t protected.

“We saw a lot of terrible things,” says Alya. The violence and intimidation experienced by those in Raqqa has been all over the news – shocking things happened. Worst of all for her family, one of her sons went missing. They only found out seven months later that he’d died in a bus bombing.

The tipping point came in 2016 when an IS soldier came to the house to complain that their daughter had been seen at school without being fully covered in the mandatory black robes. “They said that we should bring our daughter to them the next day,” says Alya. “They would have given our daughter to one of their men; she would have become one of their slaves.” 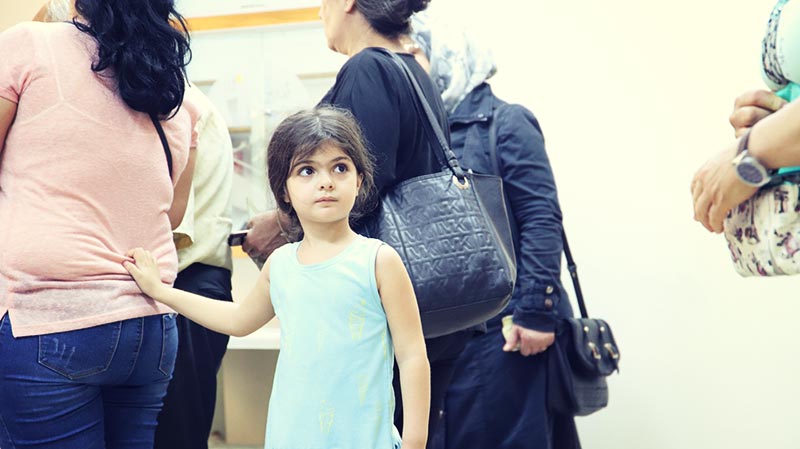 Image: Waiting for aid and supplies

Alya knew they couldn’t stay and they fled to Qamishli. At the airport, their baggage didn’t arrive. A nearby man noticed the family’s panic and offered to help. Alya didn’t know whom to trust, and so declined – but did take his business card.

Life was hard and after a few weeks things reached a tipping point. Alya decided to phone the man she’d met at the airport.

“Yes, of course I can help,” was the response she heard. The person she’d called was Pastor George – an Open Doors partner who leads a Centre of Hope church in Qamishli and has stood with his community for many years.

But Pastor George doesn’t just look out for people in his church’s congregation. Even though Alya and her family were Muslim, and he didn’t know them, Pastor George arranged a house for the family to move into.

“When we were in that house, I was in peace,” Alya says. “I saw the pastor was an honest man, and I wanted to know more about that church. So I went for the first time to a church service. The preacher spoke about forgiveness. It made me cry.” Pastor George was preaching from Matthew 5:39: “If anyone slaps you on the right cheek, turn to them the other cheek also.”

Alya was curious. She went to a mid-week Bible study. As Pastor George and his wife explained more about the Bible, they also showed the love of Jesus practically, Alya remembers. “They were helping me, asking me how I was doing, taking care of me. The church felt like one big family.”

They gave Alya a audio Bible – the more she heard, and the more she tried praying to Jesus, the more she saw God was working in her life. “I just couldn’t pretend that I was a Muslim. I started to talk to Jesus. I started to see that it wasn’t by accident that we came to Qamishli. Jesus wanted me to be in that place.”

She became a Christian – and her brother cut off financial support in response. But Alya didn’t have to look far for support – her new church family were quick to help. And it’s your gifts and prayers that enable Pastor George’s church to help vulnerable believers like Alya.

“I said to God: ‘Now you are responsible for me. As your child, I only have you,’” she says. “Jesus Christ is helping us. Without the help of God and of the church, we would have nothing.” 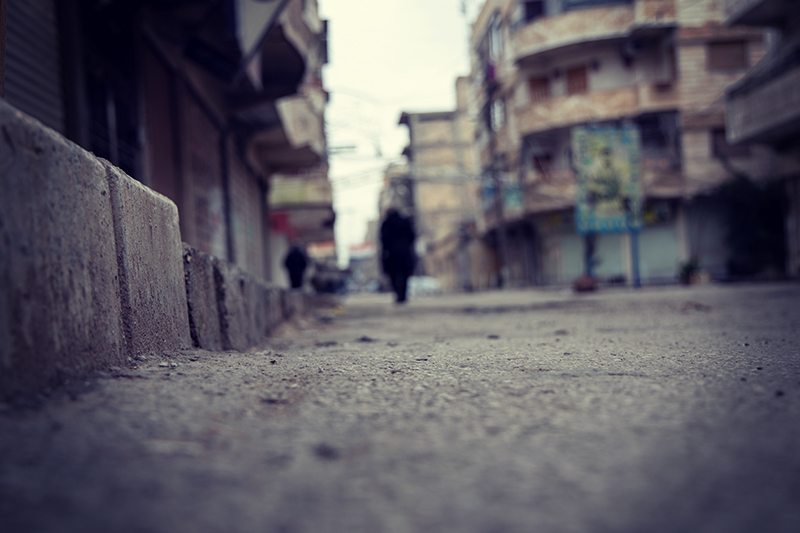 Image: Life on the streets of Qamishli

Currently, Alya’s husband and children remain Muslim and haven’t encountered Jesus. But Alya is patient and she has faith.

“We lost our son,” she said, “but I saw how God gave His only Son for us. I became so rich because I found the real treasure, a treasure I didn’t have before.”

That Pastor George and his church will be well equipped to help his community during this crisis
Praise God that He brought Alya and Pastor George together
That Alya’s husband and children would discover the truth of the gospel and turn to Jesus.

Join the Blackout and raise money by getting sponsored to give up something you love for a short time. Sign up and we’ll send you an awesome pack to help you raise money and pray for change.