Rasha* is 15 and lives in Syria with her mum and sister. After her dad died, her mum became a Christian, secretly leaving Islam. Both Rasha and her sister followed their mum’s example and became Christians too.

For a while they lived in Raqqa, but have moved around – Rasha’s mum is worried her husbands family will try and take her daughters from her. Rasha explains some of what it’s like to have lived in the midst of war…

“I’m 15 years old, and I was born in Raqqa before moving to this town. I am in the tenth grade at school. When we left Raqqa I felt fear, insecurity and loneliness. I didn’t know what would happen on the road when fleeing and we didn’t really know where to go to.

“When we arrived here I felt a little calmer, I felt more relaxed. As there is no terrorism here and there are also no things to fear, we felt better.

“I didn’t need to be afraid of being kidnapped while walking down the street, or of being shot by a sniper, or hit by a bomb shell. So here I learned what it is to feel safe.” 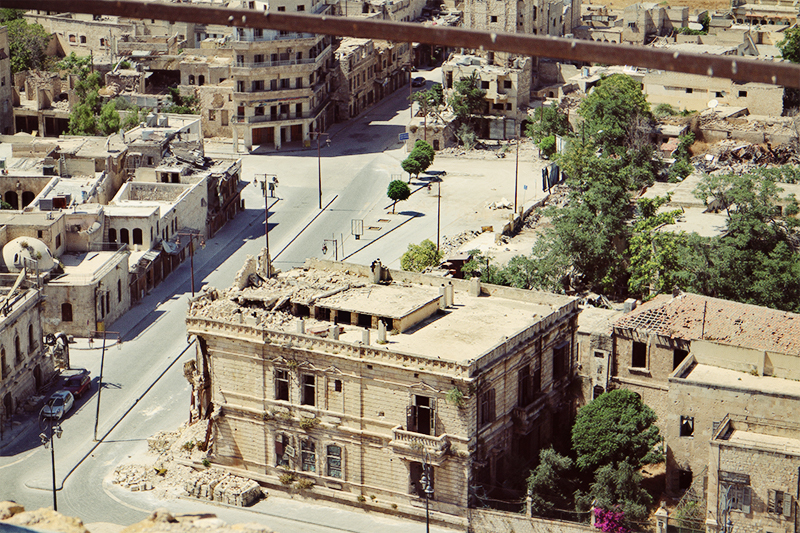 Image: Syrian city – buildings have been partially destroyed because of the war.

When they left Raqqa, that’s when things changed. The family were supported by a Centre of Hope – one of 16 across Syria, run by Open Doors partners. Rasha says:

“When we came to this town we joined the youth activities in the Centre of Hope but we also started attending church. We felt that Someone was protecting us, that God provided for us every moment. There is a big difference between living as a Muslim and living as a Christian. As a Muslim you live according certain laws. As a Christian it’s living love, really! Jesus is always with me. Christianity is more than a belief; It’s love, it’s peace, it’s about someone with me.”

“Christianity is more than a belief; It’s love, it’s peace, it’s about Someone with me.”

She knows that as a convert she is looked down upon: “I am considered an apostate Muslim. So, they say that I must be slaughtered, must be killed; this is what I know.

“I would like to say to other teenagers my age who are from different countries around the world: Reflect love through your deeds to the world. Give your lives, reflect your beliefs in your actions. In a moment, our life can be over.

“As a teenager you can feel alone, sometimes you have to face things on your own, but God will be with us, He will strengthen us. We lived in very difficult circumstances, we had very scary moments, we felt loneliness, but we were assured that Jesus was always with us.”

Sign up to go screen free and get sponsored to shut down your devices for anything from 6 to 48 hours. Raise money, prayer and awareness for courageous Christians like Rasha, her mum and sister who are sticking with Jesus despite attempts to silence their amazing faith. Sign up and get a free pack!