Tanzania: “I thank each one of you who wrote to me”

In 2013, unknown attackers killed Elias Lunyamila Meshack as he guarded a church building in Mwanza, northern Tanzania. Shortly afterwards, Open Doors launched a letter-writing campaign for supporters to write to and encourage his widow Mary, and their two children. Recently, Mary was invited to give a speech to Open Doors international visitors. Some of that speech is written below – it tells some of her story and how support from Christians around the world has helped her in the darkest of times…

I met Elias (chairman of the youth group) at church after I was born again. We fell in love and got married on 11 October 2009. After our wedding, life was good. I gave birth to our son, Prosper, in July 2010. When he was three, I became pregnant again and gave birth to our daughter, Prisca. Eight months later, Elias was killed.

It happened on the night of 21 October 2013. Elias came home from work, took a bath, had his dinner and then went to church around 9pm to guard it because there had been a spate of attacks on churches in the area. The next morning, a crowd from church knocked on my door and I knew something terrible must have happened. Our pastor told me that the church had been attacked and Elias had been beaten to death. Two others were severely injured, but survived.

When I heard the news I wailed so loudly, neighbours came to see what was going on. 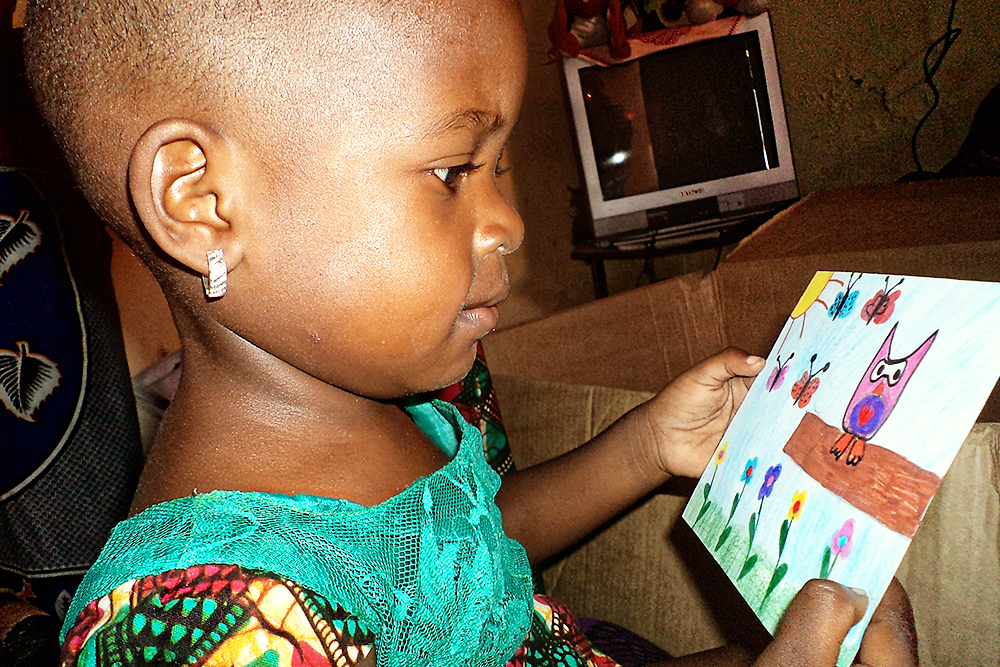 The killed my dreams…

For a long time afterwards I was very angry at the attackers… Many churches have been burnt. Some church leaders killed, others burnt with acid. I wondered why we Christians had to suffer all these things, to the point that the persecution reached my own family. Honestly, if I was to meet one of the attackers, I do not know what I would have done.

I was devastated at the thought of my children losing their father at such a young age. They needed their father. Single parenting is very difficult. I do my best, but have much sorrow when I remember that we used to be two. Now I am alone. They killed my dreams.

I also had many questions towards God. “Why has this happened to me? Why am I left a widow at such a young age? Why me?”

But as time went by, I started reading my Bible again and eventually started accepting that my husband was gone. I realised that God loved him even more than I did. As I remembered that He too knows the pain of loss, since He gave His only Son to die for us, I started blessing God. It was hard work, but today my relationship with Him is strong – even though sometimes when I start to pray, I suddenly have a memory and cannot pray any further.

“I have been amazed by God’s goodness to me”

But I thank God: He gives me more and more strength and I have seen Him act for me. I have never gone to bed hungry. I have seen day by day that the Lord is with me. He is with my children. He gives us strength to move on and we are doing well. And when I feel pain, when I get low, I switch on the radio and sing along to gospel music. It eases the pain in my heart and mind.

I have been amazed by God’s goodness to me in the overwhelming support I have received. My church has been so good to me! They have not abandoned me. They continue to visit, to take care of me and the children. I embrace that love. 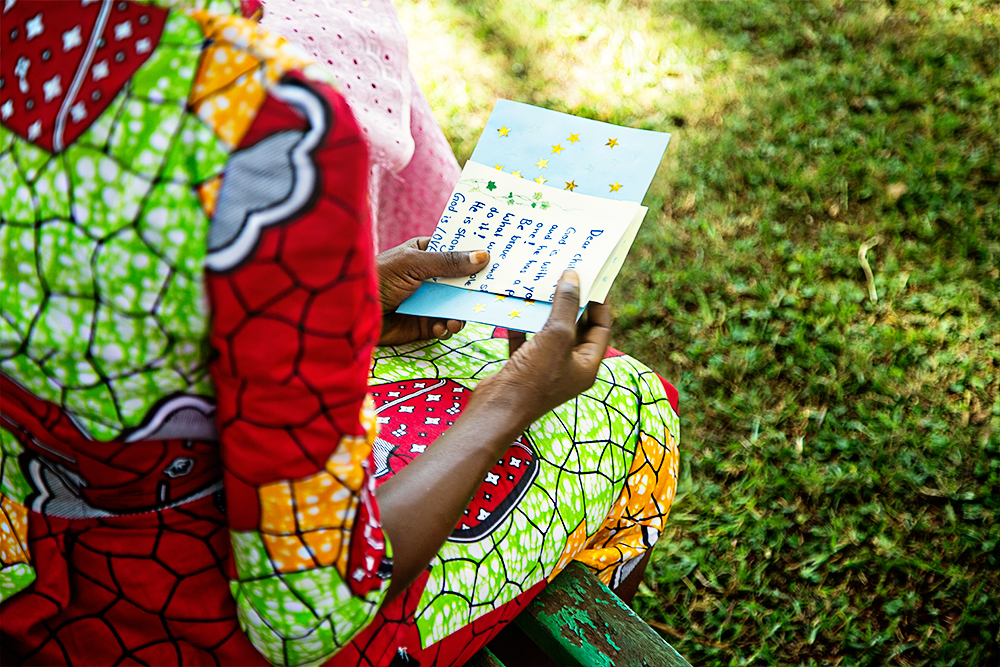 “I thank each one of you who wrote to me”

The support form Open Doors has also brought great comfort. When Open Doors worker, Hadassa*, visited the first time just after Elias’ funeral, she told me words from God that encouraged me. The next time she came, she brought me a big box of cards. There were so many! I was deeply comforted because they proved to me that the whole world had heard about my misfortune. My English is not so good, but even so I kept seeing the words, ‘Don’t worry Mary!’ and ‘God bless you, Mary!’ That I could understand.

The large box of letters also caught the attention of visitors. Whenever they asked about it, I told them to take a look inside. Many liked the cards so much, they asked me if they could take a few home with them! I now have just a few left at home!

With a heart full of love, I thank each one of you who wrote to me. I received your letters and cards with much joy and love. From my heart, I thank you very much.

My dream for the future is to live well with my children and stand strong; as their mother, I have no choice but to be strong and do business to ensure that my children do not lack necessities. The Lord tells me that He is the lamp unto my feet, and a light for my path. I know He will lead and guide me all through my life. I will walk in His ways all the days of my life and will never leave Him.

Pray with me that God will continue to strengthen me so that I will raise my children well. I know I’m still young and that is why I ask for His help to successfully raise my two children. It is hard, but I am confident that with your prayer support, I will make it and not lose hope.

Visit our letter-writing page to see other Christians that need your prayers and encouragement. Send them a letter today!

Thank the Lord for Mary’s continued and inspiring faith
May He bless her abundantly – continue supporting her, help her in her parenting and guide her throughout her life
That Mary and her two children, Prosper and Prisca, will place their hope in Him for all their days
For Open Doors workers supporting persecuted believers in Tanzania.