Susan Ithungu is from Uganda. She’s just 16 or 17 – her exact age isn’t known. You may have heard her story. She was from a Muslim family, but chose to become a Christian when she was 11 or 12. When her Dad found out he locked her in a small, dark room. She was in that room a long time, bent over, in pain – the only food she had was secretly passed to her by her brother.

Thankfully, Susan was found and released. But she was severely malnourished and suffering from a large number of dangerous health problems – such as poor muscle development, bone fractures and emotional scarring. Recently she’s just undergone 12 hours of surgery on her hip.

“She’s thanking God for the operation going well and asks for prayers for God to be with the doctor who needs to operate on her again in August,” writes an Open Doors worker.

Since her release over five years ago, Susan has required many operations and much support to enable her to walk and move around.

“Susan has had great difficulty to walk lately,” says the Open Doors worker. “The doctor said after the two surgeries (in May and August) and physiotherapy, she should be able to move much better. The journey ahead is still long but the hope of walking again is keeping her spirits up. She’s going to have to miss school this year but said she’s okay with that and will catch up with her education after all is finished. Let’s pray for this brave young lady.”

Thank you to everyone who has prayed for or written to Susan during her long recovery process – though you can no longer write to Susan, you can continue to pray for her using the prayer points below.

Open Doors continues to support Susan by visiting her, covering her surgery costs, medical fees, and her education costs. 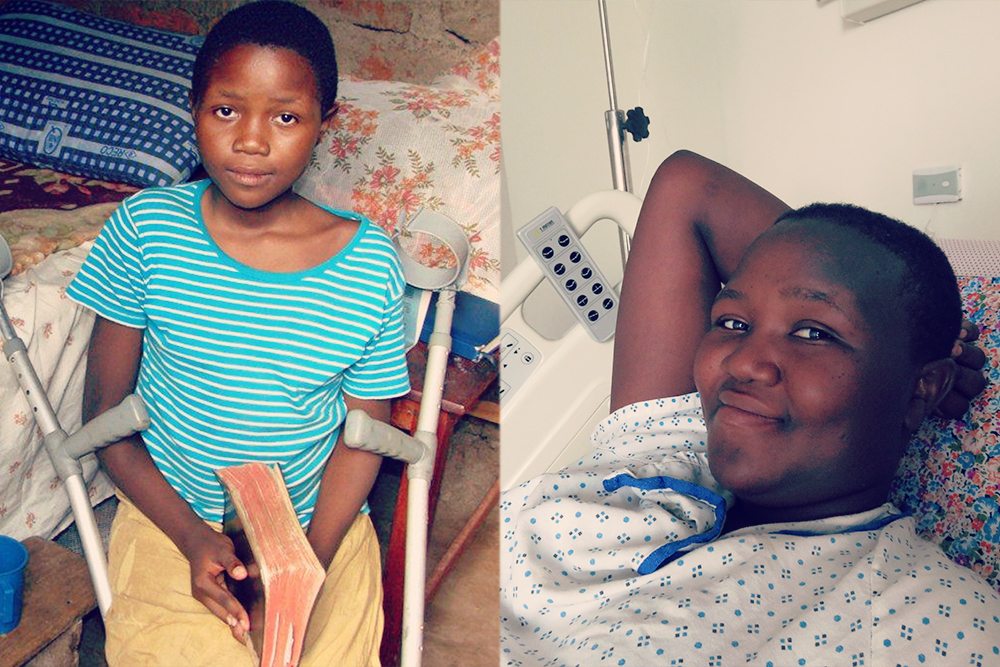 Susan then and now. The image on the left is of Susan in 2011, the one on the right is of her recovering from her latest operation.