Meet Ngoc*, a courageous Vietnamese Pastor who has lived through intense persecution from government, but still leads a thriving church. Here he explains what life was like as a young Christian and how things are for Christians in Vietnam now…

“In the 70s, after the war, the government did not want the church to grow. They tried everything to stop Christianity. The government was worried that Christians will work for the Westerners who brought Christianity into the country. They were scared that they might lose control of everything. They imprisoned Christian pastors and church leaders for at least two years. Others, including myself, were sent to reeducation camps several times for breaking the ‘law’. We were considered a threat to the Communist government.

“But as persecution became worse, the church also became stronger. The church kept on growing, and Christians were sharing the gospel boldly. Because we must be careful when we gather for a fellowship, the church became flexible. We changed the schedule from time to time. Sometimes we meet early in the morning or late at night.” 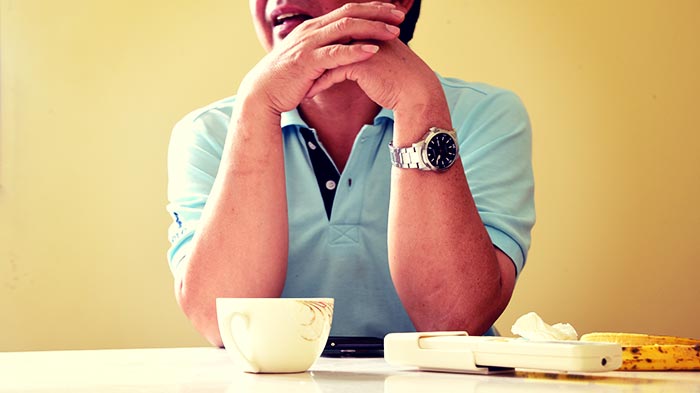 The present: Is the church still persecuted?

“That’s our church… but Christians have become wiser… Last year, an incident happened in one of the villages I visit. A believer who was a former government official for 18 years passed on. The government prohibited the people in his village from visiting his funeral because he is a Christian. When I went there, his body was just laid on the floor so I bought a coffin. On the day that we, together with his family and some Christians, were supposed to bury him in his property, we were prohibited by the local authorities from doing so. We decided to bury him at the public cemetery, but the village chief stopped us from passing through the paved road. Instead, he made us go to the forest where we had to make a path until we reached the cemetery.

“This is how the government works now. They give the village chief more authority and power by promising them a promotion. For the sake of a better position in the government, the chief puts more pressure on the believers until they recant their faith.

How is God working?

What is your prayer for the church in Vietnam?

“First, may the Vietnam Church grow in their prayer life. That we should live in prayer. That we should work and do the ministry through the power of the Holy Spirit and with our prayers. Second, which is also one of the main functions of the Church is to teach and train people with the Word of God. If the church does well with these two– they live in prayer and they understand the Word of God, then they will stand firm in their faith. They can face every trial differently for they have been transformed.”

In the few months that Vietnam was put in lockdown due to the COVID-19 pandemic, many of Ngoc’s church members who are hired men lost their jobs and are still looking for work now. Many of his other members are poor and struggling due to the crisis. When the local authorities learned that they are Christians, they were removed from the list of those who were supposed to receive rations from the government. But despite this, during the quarantine period, Ngoc’s church had an average of 10 converts every week. Incredible!