Vietnam: Losing everything for Jesus

“Pray with me that one day I’ll be able to go back to my hometown and testify to the people about my faith in the Lord.”
Vang Atu, Vietnam

Vang Atu, 28-year-old father to two kids, was the first Christian convert in his village. He comes from the Hmong tribe and once worshipped different spirits asking for luck, wealth, good health and food. But when he surrendered his life to Jesus, he completely abandoned these beliefs.

Inspired by his new-found faith, Vang told other villagers about Jesus and at least four families became Christians. His house became their church. But one day in 2016, his house was destroyed by local authorities and villagers. He and his family were then forced to move out from their village in a northwest province in Vietnam. This is the story of that day.

In April 2016 two new converts, Thao Apao* and his son, joined them for a prayer meeting early one morning. On that day, after the prayer meeting, Thao Apao was disowned by his family because of his faith in Jesus. He was beaten and told to leave his village. Then a mob to attacked Vang Atu. The mob was led by Vang’s brother.

“My brother, who is an unbeliever, took a sturdy club, which was about one and half meters long, and hit me hard on my leg and arm. I used my hand to block the club and my lower arm broke. Blood dripped all over me.”

Though his brother did this to him, Vang Atu’s faith in Jesus overpowered the hatred that he had towards his brother. “The time my brother hit me, I was angry, but I realized that I am a son of God and I should not fight back so that one day I can testify to my brother the goodness of the Lord in my life.”

To make matter worse, at noon on the same day villagers destroyed Vang Atu’s house. The ruthless destruction of his house was not just to put Vang Atu and his family to shame but also to warn other villagers that the same thing would happen to them if they believed in Jesus.

“I felt that the government was unfair. I felt a bit angry at that time. But I was corrected, I am already a Christian and I shouldn’t seek revenge on what they did to me. I should just leave,” says Vang Atu. 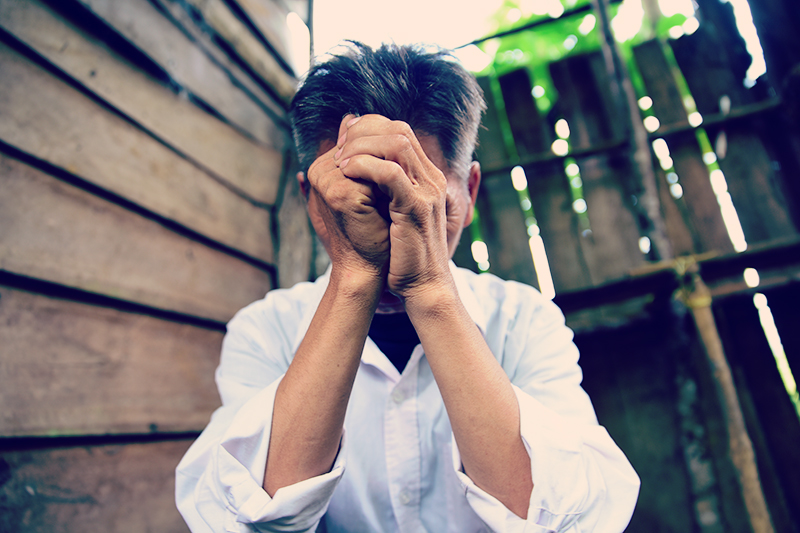 Vang Atu was also issued an ejection notice effective immediately, but finances hindered them from moving out of the village.

“I have a piece of land and some farm animals, but I cannot sell them. I believe it was because I am a Christian. I can say this because I know someone who was an unbeliever who decided to transfer to another village and sold his properties and was allowed to sell it. Later, the government told me that they will not take my land and my animals because I believe in my God. But God shall provide for us,” Vang Atu explains.

Weeks after these incidents, having nothing but faith, Vang Atu and Thao Apao with their families travelled together to Central Vietnam after hearing that co-believers might be able to help them there.

“I thank God and thank you all for providing me and my family a house to live in. Now I live in this house that gives me security and comfort. I now have a house to come back to every time I feel tired,” Vang Atu heartily expresses his gratitude.

Aside from Vang Atu’s desire to go back to his village to share the Gospel to his tribesmen, he also encourages you to pray with him in his spiritual growth.

“Pray that I will never give up in believing in Jesus until I meet Him in heaven.”