Vietnam: “Pray to your God! He will take care of you!”

When Chien* and his family came home from leading a Bible study in another village in northwest Vietnam, they had a terrible shock. The villagers had burned down their house and all their belongings and food stores. “Let’s see if you can still live here!” one villager shouted.

Finding Jesus and trying to spread the word

Chien’s community follows traditional tribal religious beliefs, and Chien shared those beliefs faith for many years. But, in 2018, a relative told him about Jesus – which led to Chien and his family deciding to become Christians. After going on a Bible course in a local city in 2019, he was filled with enthusiasm for sharing the good news of the gospel with his neighbours – but it was received very badly. The village chief threatened to expel Chien and his family if they continued sharing about Jesus.

While his own community wouldn’t listen to what Chien had to say, a neighbouring community did – he was able to start a house church there, and that’s where he was leading a Bible study while his house was being destroyed.

The attack on their house was a shock, but not a complete surprise. Even though Chien’s ministry was in a nearby village, his community were furious about it. They’d twice previously tried to evict the family and, when that didn’t work, subjected them to continuous taunts and threats. They’d blocked the water to Chien’s farm so he couldn’t irrigate his crops, severely damaging the family’s livelihood. His daughter was bullied at school. But this arson attack was the hardest thing the family had faced.

Even worse, when Chien reported the incident to local authorities, he was ridiculed: “Pray to your God! He will take care of you!” 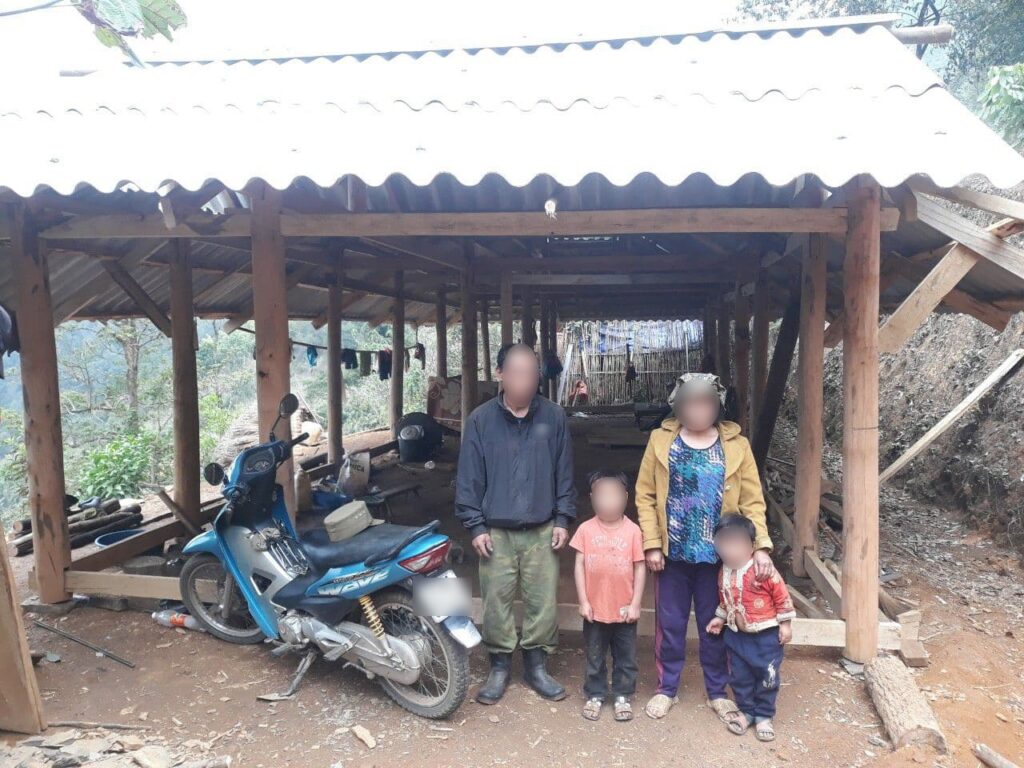 Image: Chien and his family infront of their new house

You’re support means Chien has been able to rebuild

Despite the mocking and taunts, God did take care of the family. And He did it through your support and prayers.

A local church provided them with a piece of land and a few materials to build their new home – and Open Doors partners in Vietnam were able to provide Chien and his family with roofing materials and money to pay the builders. The house is now nearly complete.

“I thank the Lord and I thank you for helping our family during this time,” says Chien. And he hasn’t given up on sharing the good news, even after the persecution he has faced – he adds: “Please pray that my family will be able to plant a church in our area.”

What you can do now?