Yemen: The church is growing!

There are very few Christians in Yemen – maybe just a few thousand. It’s a dangerous place. Leaving Islam, the main religion, for Christianity can have serious consequences in the overtly Muslim culture. And then, there is currently a civil war, making life extremely hard.

Mohammad*, a secret Yemeni believer, became a Christian when he bought a Bible in a second-hand shop. Curious about the contents, he read it, and gave his life to Christ.

“When I came to faith, I thought I was the only believer in Yemen,” he says. In many countries like Yemen, where believers have to keep their faith secret, new Christians can feel very isolated in their faith. It’s hard to find a community.

“For a long time, I didn’t know any other Yemeni Christians. Now I know many, and there are many more like us.”

Yemen is number 8 on the Open Doors World Watch List. All Yemenis are considered Muslims and leaving Islam is forbidden, so Muslims who decide to follow Jesus risk the death penalty. There are no open church activities or private worship. 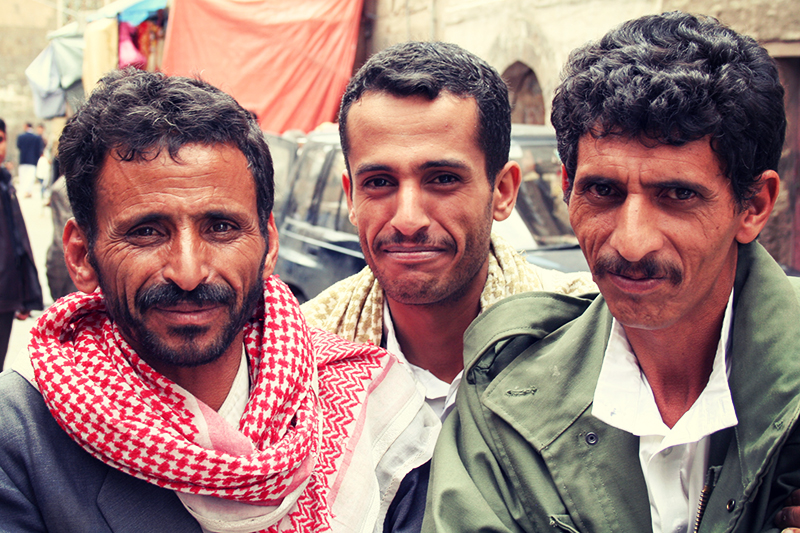 And yet, knowing they risked their lives, Mohammad and Alima*, his wife, started not one, but four secret house groups in their home: two for women, two for men. The meetings, which last around three or four hours, usually consisted of prayer, reading the Bible and singing songs together using worship found on YouTube. The danger of meeting together for Christians is very real.

Mohammad says, “There was a lot of noise coming from the streets where we lived, and that helped disguise our singing. Our neighbours didn’t recognise our singing as being Christian songs.”

Although meeting in groups is usually possible (though Covid-19 has obviously restricted this), there is still a strong sense of isolation in the Yemeni church: house groups do not have contact with each other.

“We stayed separated, and each group didn’t know the whereabouts of other groups. That’s so there could be no betrayal of others if a group was discovered,” Mohammad explains. “Security is very important for all of us. It’s always a major concern.”

The war and the Cover-19 crisis mean Yemen is on the brink of collapse and many are dependant on aid to survive – aid which isn’t always distributed fairly, those not considered to be pious Muslims can miss out.

But, despite the dangers, Mohammad and Alima have developed a deeper understanding of what it means to trust in God. “We understood how God took care of us. He continued to do so. For example, in this time of war, many times we could only buy small amounts of food, but we always managed to find enough for our family.”

The church is growing

The couple have had to flee Yemen with their children because of their faith. Even though they are now far away, they stay closely connected to the church in their homeland. Mohammad says, “When the war is over, I hope we can return to Yemen. I hope that one day I will see the church growing, bearing a lot of fruit.

“We hope that the Word of God will spread in Yemen and that Yemen will be won by Christ. That is our daily prayer. The church in Yemen is definitely growing. That is what you hear everywhere… We often hear of whole families coming to Christ.”

Open Doors supports the body of Christ on the Arabian Peninsula through prayer and distributing Bibles and other Christian literature, as well as training believers and pastors.

Start a fundraising activity based around the numbers 26 or 2.6, set up a just giving page and start raising money for isolated Christians who need help during the global coronavirus crisis! What could you do? 260 press ups? 26 minutes of yodelling? 26 hours in fancy dress?