“Step by step, I realise how the Holy Spirit leads my life. I decide to put all things onto God’s hands.”
Yong-Gi (name changed), a North Korean Christian who has been helped through a safehouse ministry run by Open Doors fieldworkers.

Any North Korean caught following Jesus is at immediate risk of imprisonment, torture and death. The government, led by Kim Jong-un, views Christians as the most dangerous political class of people, and the persecution is violent and intense. North Korean parents must hide their faith from their children. An estimated 50,000 to 70,000 Christians are imprisoned in North Korea’s notorious system of prisons and labour camps. To make matters worse, often a family will share the same fate as the person captured.

Christians are even more at risk because of the government’s decision to close all borders as a Covid-19 precaution. Even the limited ability of some believers to escape to China for help with food and medicine has become even more difficult.

Where believers are known to authorities for past ‘crimes’, like possessing a Bible, they are on the lowest rung of society and neglected for whatever meagre food aid is available. North Korea continues to be extremely dangerous for followers of Jesus, and it’s not likely to change any time soon until the Kim regime is toppled.

A report issued in 2022 by The International Bar Association and The Committee for Human Rights in North Korea said that Christians are particularly targeted and exposed to torture in North Korean prisons. “Detention periods have been documented as being longer for Christians than other groups, and witnesses have reported that ‘identified Christians are interrogated for longer periods, usually under torture’, and subjected to some of the worst forms of torture to force them to incriminate others during interrogation,” it said.

Bae and her husband were sentenced to a lifetime of back-breaking labour after North Korean authorities discovered they owned a Bible. Every morning in the village she’s forced to live in, Bae spends the day working in the fields. She has to meet her work quota of crops. Like everyone else in her village, Bae is close to starving – she, along with everyone else, is given just enough food to survive. But at night, in the privacy of her home, Bae gathers with a handful of other Christians and they spend time together in worship and prayer. Bae is a secret house church leader – this is her real work.

Bae once managed to escape to China – a dangerous and risky journey – but once there, she found a safe house run by Open Doors partners. She sang worship songs and prayed loud prayers. She read the Bible openly with fellow believers, experiencing fellowship in a way that is impossible in North Korea.

You wouldn’t blame Bae if she praised God for her lucky escape and never looked back. But amazingly, when offered the chance to stay in the safe house, she refused. Instead, Bae returned home with the food and medicine she’d been given, and a precious Bible. She shared all these with her underground group of believers. These gifts will sustain the faith of these North Korean Christians for years.

This is the story of a Christian who was sent to a North Korean labour camp and known there only as a number: Prisoner 42. Kept in terrible conditions and interrogated daily, she testifies that all she could do was keep praying.

Matthew* and Peter* are two Open Doors field workers who support North Korean secret Christians. In this rare interview, they talk about the dangers of their ministry and, of course, ask for our continuing prayers for Christians in the most hostile country in the world. 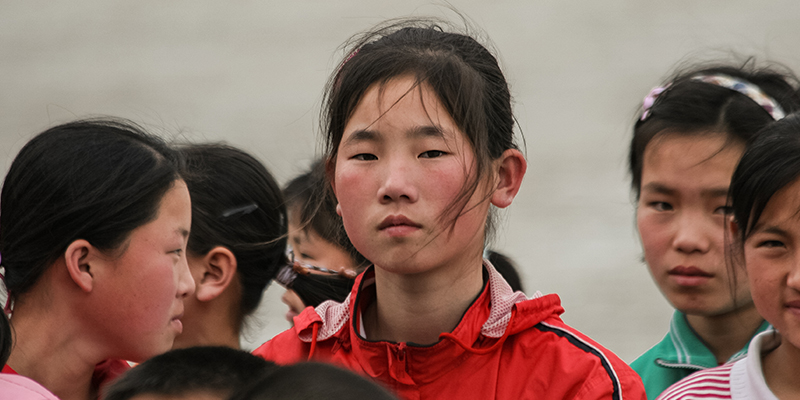 How Open Doors is helping

Father God, we thank You for the remarkable bravery of our brothers and sisters in North Korea. Continue to encourage, equip and empower them as they follow You amid such extreme persecution. Protect secret gatherings of believers – may their meetings be places of divine encounter. Give wisdom, boldness and discernment to Your children to know how to express their faith in society without drawing the attention of the authorities. We cry out to You for this nation, Lord, asking that You will build Your church and soften the hardened hearts of Kim Jong-un and his regime. Amen.