“When I came to faith, I thought I was the only believer in Yemen. For a long time, I didn’t know any other Yemeni Christians.”
Mohammad, a Yemeni believer

There are only a few thousand Christians in Yemen (most of whom would be migrants or workers from other countries). Those that haven’t fled because of the war have become doubly vulnerable during the current conflict which sparked a massive humanitarian crisis.

Yemen is a strongly Islamic nation, and all Yemenis are considered Muslims. Leaving Islam is forbidden; Muslims who decide to follow Jesus could face the death penalty. There is no room for any open church activities or private worship. The war has allowed radical Islamic groups to expand their operations in certain areas, leading to Christians being abducted and killed. Christians are additionally vulnerable because emergency relief is mostly distributed through Islamic organisations and local mosques. These are believed to discriminate against anybody who is not considered to be a devout Muslim. There are accounts of Yemeni Christians being refused treatment at under-resourced hospitals. 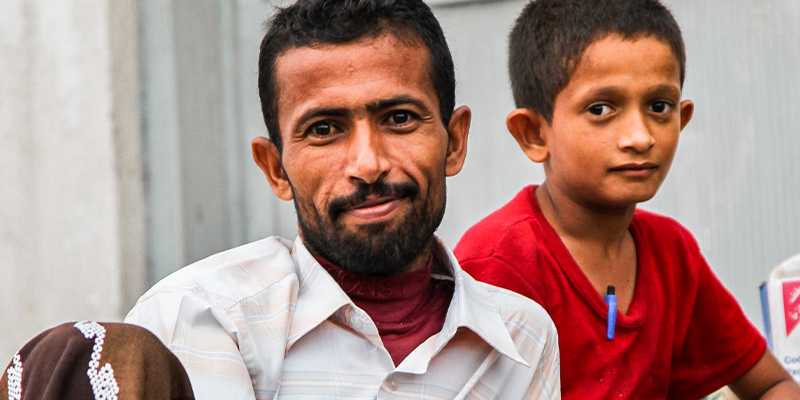 Life is dangerous for all Christians in Yemen. But some believers in certain areas are at particular risk, such as Christians living in the south, where there is a strong al-Qaeda presence. Converts from Islam to Christianity have also indicated that there is more pressure in the Shiite Muslim-controlled areas in the west than in areas under control of the Sunni government.

The Shiite-controlled areas (which comprise approximately one-third of Yemen’s territory) are heavily policed: any dissenting opinion is rigorously repressed and likely to lead to imprisonment, torture and possibly worse.

The persecution against Christians in Yemen has continued to be extreme for years, and the presence of Islamic extremist groups and the continuing destabilisation of the pandemic and the civil war has made daily life a struggle for most of Yemen’s Christians.

But the number of believers in Yemen is growing. Mohammad* and his wife Alima* set up several secret house churches after they came to know Jesus. “For God, nothing is impossible,” Mohammad says. “The one thing we can expect is persecution. But, in the Bible, we see how Paul, because of persecution, went from place to place and that the end result was a strong church. That is what I hope for the Yemeni Church too. We hope that the Word of God will spread in Yemen and that Yemen will be won by Christ. That is our daily prayer. The church in Yemen is definitely growing.”

Open Doors supports the body of Christ in Yemen by distributing relief aid and Christian literature, and offering shelter, protection and livelihood training to persecuted believers and their relatives.

What to pray for?

Father God, bring stability to this country that has suffered so much conflict. Protect those believers who trust You in secret. Draw close to them and remind them of Your love. Provide for people living in poverty and give them a sufficient share of the emergency aid. Bring reconciliation to the factions in conflict and restore peace to this land. Strengthen the secret church. Amen.

Latest news and articles on Yemen…