By Dan Etheridge / September 21, 2016
The Author
Dan works part time with Open Doors, mainly sorting out the comms stuff for youth and students. In his other life he's a freelance writer and graphic designer who likes collecting records and sitting on beaches looking at waves.

Category description is default sub title. Add sub-title in post field to override.
Do Something

Speak up for Noeh

Noeh is 12. He’s from a town in Iraq called Karamles. Like many people that once lived there, his family are Christians. Back in 2014, the so called Islamic State (IS), a violent extremist group, invaded his town. Everyone fled.

Since then, Noeh and his family have lived in a city called Erbil, it’s in a safer part of northern Iraq. They are displaced, receiving all kinds of help from Open Doors partners.

Towards the end of 2016, IS retreated and left Karamles. But Noeh and his family can’t go home. IS soldiers set fire to his house. Nearly 450 homes in the town were burned, 100 or so were completely destroyed.

Noeh’s house is still standing. He can walk around the charred remains of his bedroom. He even found some of his old marbles that survived the fire. But for now, for Noeh, and many others from Karamles, the journey home is just beginning.

Bring hope to the Middle East

Your money can help achieve amazing things. From micro-loans to trauma care, from Bibles to food parcels, your financial gift can bring hope to Christians in Iraq and Syria.

Every £5…
Could send a Bible to the Middle East

Every £11…
Could provide a week’s worth of emergency supplies for a family in Syria.

Every £15…
could go towards rebuilding homes or restoring livelihoods in Iraq and Syria.

Give to send hope now!

2.
Thank you for signing!

The One Million Voices
of Hope petition gets over 800,000 global signatures!

Over 800,000 people from 143 countries signed the petition in the last 18 months. Their signatures form a global cry, urging world leaders to ensure that Christians and others in Iraq and Syria are guaranteed the right to equal citizenship, dignified living conditions and a prominent role in reconciling and rebuilding society.

These calls come directly from the Christians of Iraq and Syria who long to stay and rebuild their community – continuing their 2,000 year history of contributing to the life of the region.

We know that at least 186,390 people have signed the petition from the UK and Ireland! Thank you so much for helping us reach this incredible number. If you signed it, if you shared it on social media, if you printed out a petition sheet and took it to your church – you have helped to show our church family in Iraq and Syria that they are not forgotten, and our leaders that they must not forget Christians and minorities in the Middle East either. 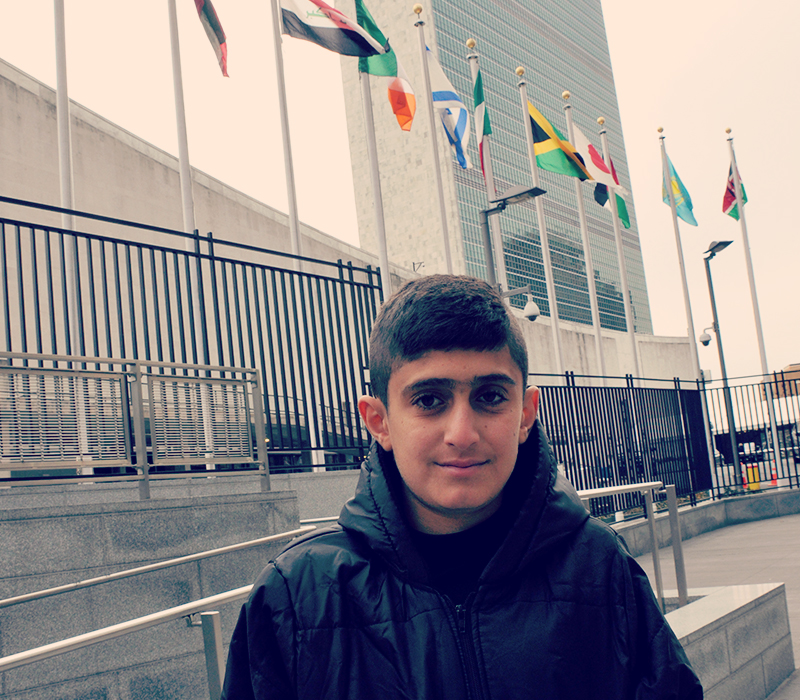 It’s the huge support that the petition has gained that has helped us to secure key meeting at the UN and with the UK government. In fact, Noeh himself will deliver the petition to the UN in New York!

Request resources
to help you pray!

New to praying for Christians in other parts of the world? It can sometimes be hard to know what to pray, or even where to start. But don’t worry – we can help!

Fill out the form here to grab our quality ‘One Family’ reflections and our ‘And When You Pray’ guide. Plus there’s a session perfect for use in youth groups too!

Get sponsored to go quiet online for 48 hours this November and raise money and prayer for silenced, persecuted Christians in the Middle East.

Check out our digital fast, Blackout and sign up to make a massive noise for Christians like Noah, by keeping quiet!